9H-FLY heading back to Malta 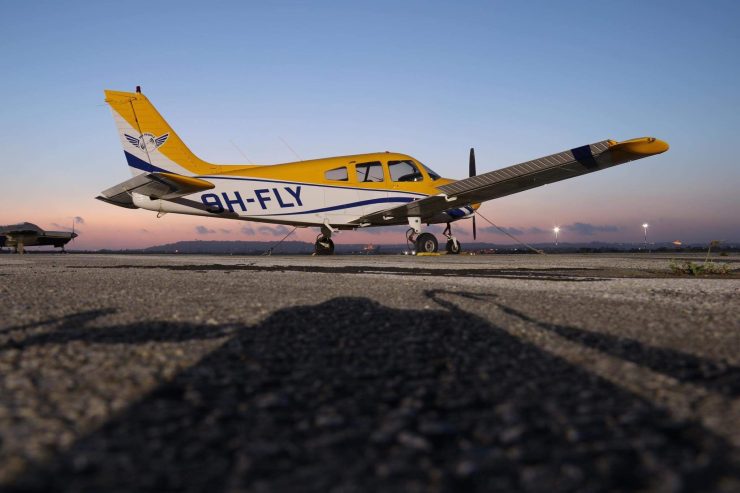 Transport Malta – Civil Aviation Directorate has issued the approval certificate for the latest ATO (Approved Training Organisation) to be based at Malta International Airport. Aviation South West had already been flirting with the island’s GA aviation community for some months. It has now secured its own ATO approval and is looking to offer the full spectrum of services from their base on the island.

Aviation South West was founded at Exeter International Airport in 1999 and has built an enviable reputation over the years. The company prides itself in offering top notch training with past students having been successful in joining leading airlines in Europe including Ryanair and Wizz. ASW looks to repeat the success it had in Exeter at its new campus it set up at Malta International Airport.

The ATO is bringing over a well known aircraft to the Maltese shores. This is the ex- Sky People Piper PA28-161 9H-FLY which will be the first aircraft in the school’s fleet. The aircraft is still very fondly remembered by many who trained on it and rented it out over the years for their hour building.