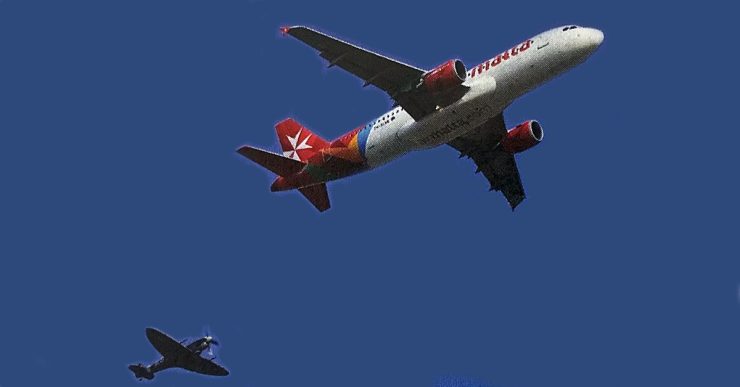 Flight International had an extremely popular page known as Straight & Level prior to the recent revamp that saw it going monthly. The issue of the then weekly magazine 16-22 October 2012 published this photo depicting Spitfire MH434 and Air Malta’s Airbus A320 during the Malta International Airshow held over the last weekend of September 2012.

The tongue in cheek article depicted the Spitfire, flown by Red Bull Air Races ace Paul Bonhomme as part of a fast-reaction interception squadron, shadowing the KM Airbus A320.