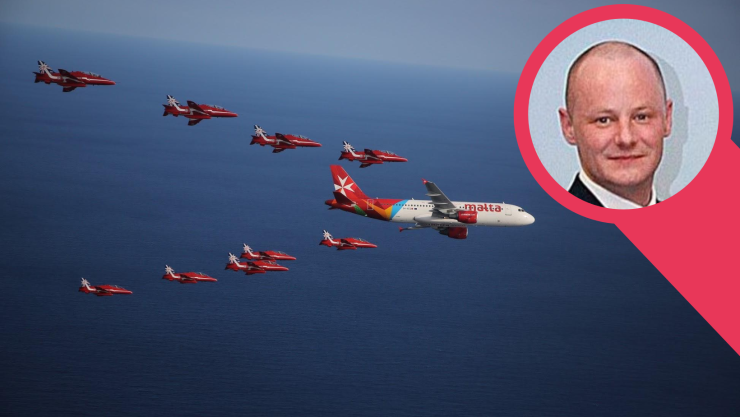 Ex- Etihad and Air Serbia COO Declan Keller is set to join Air Malta. Sources close to Level 2 at SkyParks have confirmed with MAviO News that the Irish Airbus A330 captain has already been seen hovering around the SMT’s offices in Gudja. It is believed that Declan Keller will be taking over the running of the show from Silvio Falzon , who at one time was concurrently occupying roles within the senior management team at KM and also Malta MedAir

Air Malta has not issued any statement confirming the employment of Declan Keller, however the move does not entirely come as a surprise given Captain Keller’s close connections to well known aviation circles . Declan will be the second Irishman within the corridors of power at Level 2 joining Roy Kinnear who is currently the Chief Commercial Officer at KM.