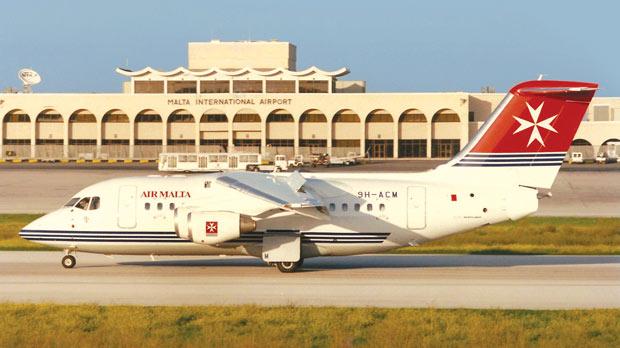 The sad story of the purchase of the Avroliner RJs by Air Malta in 1994/6 refuses to die. It has now come to the fore again as a result of the clash between Jeffrey Pullicino Orlando and Richard Cachia Caruana.

… a senior member of the management and the board… undercut my negotiations claiming… I was being ‘unreasonable’…– Frans Camilleri, Naxxar

I am only forced to intervene because of statements made by Mr Cachia Caruana, a member of the board of directors of the airline at the time, reportedly to the effect that the management of Air Malta was in favour of the purchase.

Let me declare at the outset that this management did not include me. Members of the management were asked by the chairman’s office to sign a statement in favour of the purchase, which I refused to do. The absolute majority did, even though some of them privately expressed their reservations, but I leave the judgement of their actions to others.

My reservations were motivated by the well-known problems that beset the aircraft and the manufacturer, British Aerospace, even before we ever purchased the aircraft. Let me add that persons in the aviation industry overseas, who happened to learn that we were seriously considering purchasing the aircraft, expressed disbelief!

Why was I and one other executive against the purchase?

The aircraft was known to have high operating costs (on some trips its cost was close to that of the B737-300, which carried some 70 seats more). The aircraft’s engines had experienced serious problems (inflight shutdowns and, even more, unscheduled removals), which a small operator like Air Malta could not cope with and which at the time were subject to changes in the engine configurations that were still to be tested in the field. The aircraft had sold in very small numbers and its asset value was therefore highly suspect.

Mr Cachia Caruana declared he was very much in favour and promoted the hub concept for the airline. The original justification for the purchase of the aircraft was that it would be used to develop a hub in Malta serving the Mediterranean basin and some areas of the Middle East and North Africa. The hub project itself was based on theoretical studies which were described by their authors, myself included, as subject to substantiation by detailed market research. That market research was never undertaken.

The concept of the hub was abandoned even before it was born, but after the purchase of the aircraft, when the aircraft were planned to be deployed on routes for which they were totally unsuited, including three-hour stretches. It is pertinent to point out that external consultants appointed by the board also had strong reservations, precisely because no serious studies were conducted to validate the hub concept.

My opposition to the purchase of the RJs in combination with the development of a hub was also based on studies that clearly showed that the B737-200 was more economical and a less risky tool. Even though the aircraft’s maintenance cost was on the upward, its low standing costs more than made up for the higher maintenance bills. The proof of the pudding is in the eating – the B737-200s, which some said were obsolete, were sold at a healthy profit.

Mr Cachia Caruana is reported to have claimed that “the management” failed to include trip cost guarantees in the contract. These would have specified a direct operating cost not to be exceeded on certain trips, failing which BAe would have had to pay a financial penalty.

That negotiating team included me, having been pressured into chairing it even though I was no longer responsible for aircraft purchase contracts. I had been asked to initial a purchase agreement, in which I had had no role, and refused. When, eventually, I accepted to contribute my experience because, as I was told, “there was nobody else who could do the job”, I was told in no uncertain terms by the executive chairman that the purchase price and financial conditions of the aircraft had been negotiated and were not subject to further negotiation.

As far as the trip cost guarantees are concerned, I can confirm that these were requested several times. Why were they abandoned? Mr Cachia Caruana should look to his colleagues on the board. What would have been more pertinent, however, would have been residual value guarantees (guarantees that, on resale, the aircraft would fetch a defined price), given the poor trading record of the aircraft. Lufthansa were known to have negotiated such guarantees and, at one time, I had proposed that we consult other buyers of the aircraft on a confidential basis. This exercise, which had been conducted in previous purchases of aircraft, was not taken up. We were familiar with residual value guarantees and had requested them even from Boeing and Airbus in previous negotiations, only to trade them in for cash or credits because we knew very well that these manufacturers’ aircraft had strong residual values. In the RJ case, they were unfortunately foregone because the financial side of the contract was off-limits. As a prominent board member at the time, Mr Cachia Caruana should know who negotiated the price and financial conditions for the purchase of the RJ fleet.

BAe expressed surprise at the very first meeting when I turned up to say that I wanted to negotiate the purchase contract which, according to them, was closed. The negotiations themselves were vitiated. At various times while I was negotiating important performance guarantees, a senior member of the management and of the board intervened, in the presence of British Aerospace negotiators, to undercut my negotiations, claiming that I was being “unreasonable” in my requests.

The full, sad story was documented by me in a signed detailed statement made to the successive chairman of Air Malta, which I was prepared to sign again under oath.

But, since doubt has been sown on the veracity of statements under oath, I can only say that various officials of Air Malta can attest to the above and to the contents of my signed statement. This is further supported by various other documents which can be easily retrieved from the company’s archives.

Mr Cachia Caruana emphasises that the purchase, which, by the way, later included the RJ85s bought for Azzurra Air, was a collective responsibility of the board. That purchase cost the company some €68 million in impairment losses (the realised market value of the aircraft versus their purchase price), apart from millions in operational losses. The Azzurra Air project, also approved by the board, cost Air Malta some €96 million. Employees have paid a heavy price for these bad decisions. Have the responsible members of the board also done so?