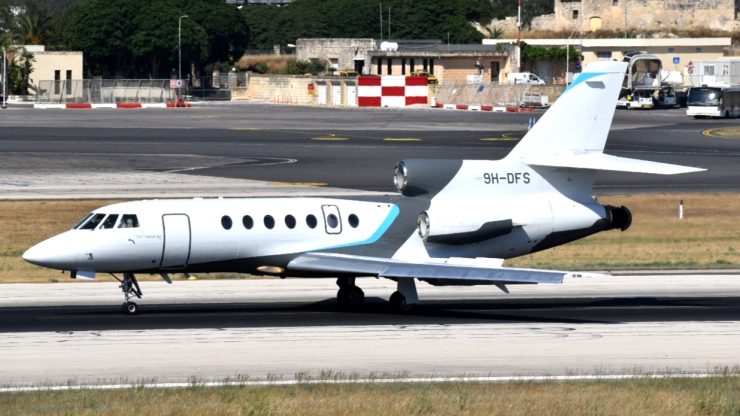 Maltese operator Harmony Jets has completed an overhaul on one of its Falcon 50 jets and gave it a new dazzling colour scheme that was very well received. It is believed that substantial repairs were carried out with the collaboration of Dassault Structure Repair team. The company through its Part-145 is taking a number of initiatives to be able to maintain its own fleet autonomously.

Harmony Jets has been actively recruiting new memebers as it continues to expand its operations beyond VIP flying to include cargo and medevac. The new members who joined the team have included CAMO manager Ayman Amara, deputy ground operations manager Enrico Santos, Head of Dispatch Mahesh Manohor, Crew Dispatcher Malika Rreskini and Junior Dispatcher Ferdinando Valente. The Malta based company has also opened a subsidiary in Dubai to develop commercial activities in the UAE.

Interestingly, the company has officially launched its ATO (approved training organisation) so it can now type rate its own pilots as well as offering external training. CTKI will be Jean-Pierre Johanny while HoT will be Bruno Motais de Narbonne.