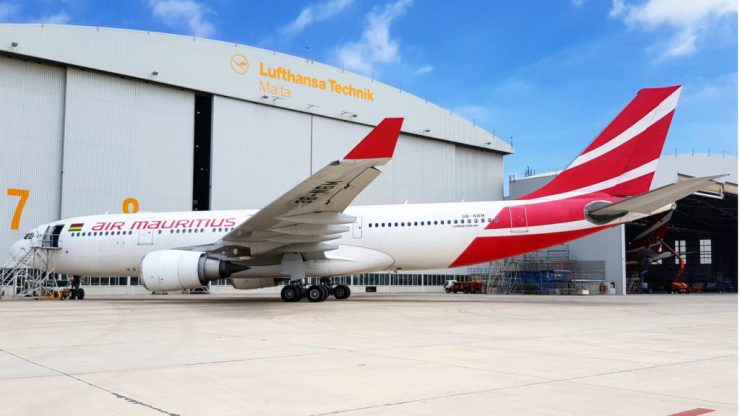 Malta is an island in the heart of the Mediterranean Sea with fascinating history, a rich culture and beautiful blue waters where the sun shines for more than 300 days a year.

Malta’s strategic position puts it at the crossroads of major trade routes. The archipelago has benefited from a wide array of initiatives taken over the years to give the local aviation industry a strong impetus. The strategies developed along the years were exclusively aimed at internationally renowned entities to lure them to the Maltese shores. These highly acclaimed names in the aerospace industry have developed strong relationships with local regulators and entities, which in turn have helped them to flourish and prosper.

The Maltese government has recognised that the aviation industry can be an important pillar in the economy and set out a strategic vision to transform the country so as to help the sector reach new heights. Malta has developed one of the most tax-efficient jurisdictions for commercial and private aviation businesses across Europe. Thanks to the Cape Town Convention provisions, the Aircraft Registration Act, the Qualifying Employment in Aviation (Personal Tax) and over 80 countries with which Malta has signed Bilateral Air Services Agreement (ASAs), it has positioned itself as a one of the most attractive countries within Europe for the aviation industry. Transport Malta – Civil Aviation Directorate, offers fees that are amongst the most competitive in the EU. Added to that TM-CAD has streamlined regulations that are in full compliance with the international safety standards set out by the European Aviation Safety Association (EASA).

In addition, Malta Enterprise provides full support to start-ups or established businesses interested in expanding their operations in Malta. The measures are intended to support those who have a viable business concept from the initial stages. Support includes financial grants, soft loans, tax credits, rent subsidy and business advisory services.

Back in 2003, Malta was mainly focused on the aviation maintenance sector. However, as part of its economic development strategy, a legal framework to attract airline operators was established with the main focus of providing support for the creation of maintenance and flight crew aviation training organisations. Today, the aviation industry accounts for 2.5% of the nation’s GDP and has been given absolute priority by the government.

AVIATION MAINTENANCE COMPANIES BASED IN MALTA

SR Technics established part of their operations on the Maltese islands in 2010, having EasyJet A320 family aircraft as the main component. After nearly ten years of operation in Malta, SR Technics is expanding its facility and is investing in a new 30,000 m2 hangar which is scheduled for completion by 2020. The expansion will cost an estimated €40 million and will result in the workforce being increased by a further 350 employees.

Private Jet maintenance incorporates M.C.M (Maintenance Centre Malta), an MRO, Maintenance Training and CAMO organisation based in Malta since 2008. The company provides maintenance services for Bombardier, Dassault, Diamond, Dornier, Embraer, Gulfstream and Textron (Cessna, Beechcraft, Hawker) aircraft types. Following the development of the local aviation industry in 2016, M.C.M decided to expand their operations in Malta by investing in a 25,000 m2 hangar to fulfil the growing demand.

Aeromaritime Malta Ltd forms part of the ITP Group established in Malta since 1979. The company is approved by Rolls-Royce as an Authorised Maintenance Repair & Overhaul Centre to provide a full-range of services to global operators of the M250 and RR300 powered helicopters and fixed-wing aircraft.

Bravo Aircraft Technical Services is one of the latest companies joining the Maltese aviation family. This MRO got the EASA 145 approval in 2018 to provide maintenance services on the A320 family, A330, A340, B737 Classic and NG and B777. The main focus of BATS is provision of a One-Stop-Shop. BATS is presently in the process of obtaining approvals with regards to maintenance performance on Boeing B757, B767, B787 & B737 MAX.

Aviation Cosmetics Malta was inaugurated in 2016. The company started with an initial investment of €15 million euros and has performed extensive livery work over the past years, such as the very elaborate Hi-Fly A380 (Save the Coral Reef) registered 9H-MIP.

The Diploma in Aviation Maintenance provides those who successfully complete the course with a university qualification that will contribute to their career progression in the maintenance sector. Focusing on the technical and regulatory aspects, it provides a sound technical basis for professionals in the sector seeking to further improve their skills and qualifications in aviation maintenance management.

The study programme is designed to provide individuals pursuing a career in aircraft maintenance with a tertiary level education. It is designed to complement EASA Part 66 training and is intended to give students an academic recognition within the aviation industry.

The Malta College of Arts, Science and Technology (MCAST) provides a wide range of aviation maintenance training courses ranging from a Diploma in Aircraft Structures and Repairs to Aircraft Maintenance Technician Course (Leading to EASA Part-66 CAT B1/B2 Examinations). Most of the students completing MCAST courses will be provided with the opportunity to join one of the several aviation maintenance and management companies on the island.

OTHER KEY PLAYERS WITHIN THE AVIATION MAINTENANCE BUSINESS

▪ AVIET: provides A320 family, difference from A320 Ceo to A320 Neo with Leap 1-A engine and B737 NG Type Rating Courses.
▪ Aeromaritime Mediterranean: provides Type Training course on Roll-Royce Model 250 series Engine.

AIRCRAFT OPERATORS THAT HAVE CHOSEN MALTA TO ESTABLISH THEIR BUSINESS

MAviO (Malta Aviation Outlook) is the aviation event pioneer in the Maltese Islands. Founded by First Officer Chris Cauchi in 2010, the first event took place in May 2011 in collaboration with Bank of Valletta. Between 2011 and 2014 MAviO journalists prepared a Malta Special, an 8 to 12 page insert that focused on the Maltese aeronautical industry. The 2012 edition introduced the World Airnews Aviation Awards. The awards were divided into three categories : Aviator of the Year, Leader of the Year and Lifetime Achievement Award. MAviO is Malta’s largest and most well-attended aviation conference on the island, attracting a number of high-calibre speakers and guests under one roof. Admission to the conference is FREE but strictly by invitation. Ovver the years it has garnered increasing support to become the most-awaited networking appointment for the Maltese aviation sector.

MACE (Malta Aviation Conference and Expo) was created with the purpose of fostering collaboration among local and worldwide aviation leaders. The first edition of MACE took place in October-November 2019 with the support of Transport Malta, EBAA (European Business Aviation Association), and MBAA (Malta Business Aviation Association). The agenda of the event focused on subjects related to business aviation in Malta: the challenges ahead, the future of business aviation in Europe and urban air transport, aircraft leasing: current market trends and developments, Artificial Intelligence and innovation in risk management.

Malta has been working hard to be ahead of the curve where aviation is concerned. Over the years the island has provided the necessary tools and right legal framework for investors to grow and reach new heights, thus setting new standards in this sphere. The success stories of major players in Malta, has put the island on the radar screen of a number of heavy weights, who are keen to benefit from all that Malta has to offer.

—- This article has been written by Rayner Leyva, owner of the aviation blog www.360aviationlife.com —

Gozo Heliport and Qrendi Airfield: A new lease of life for the Maltese GA community?

Spanish A330 MRTT to be painted in Malta