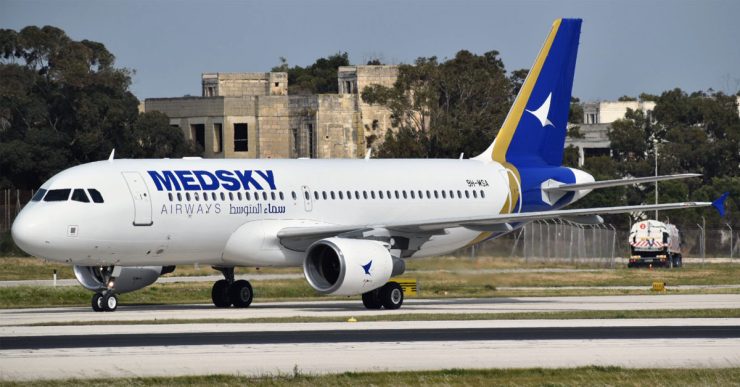 As revealed by MAviO News Malta MedAir will be operating up to three aircraft for Libyan “paper airline” Medsky.

The aircraft arrived this afternoon (26/03/22) from Shannon where it was painted in full Medsky livery. The aircraft was originally delivered in 2010 to Saudi Arabian Airlines before moving to Kuwait Airways in 2019. Abubaker Elfortia has huge plans for Medsky and wants to use the agreement with Malta MedAir to make it more convenient for Libyans to travel to Europe, rather than flying on 5A- registered aircraft and then having to take another flight to reach Europe via Turkey, Egypt or Tunis.