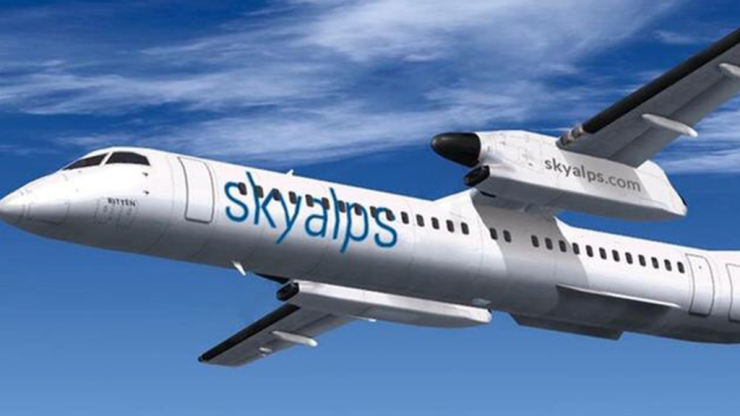 Dash 8-400 of Sky Alps will be operated by Maltese AOC holder Luxwing.

The new Italian airline based in Bolzano – Sky Alps has a strong Maltese connection, since MAviO is informed it has partnered with Maltese AOC holder Luxwing to run the single Dash 8-400 which will initially fly internal routes before expanding its network to include neighbouring Germany and Austria.

The new company has already started to recruit pilots and cabin crew, which MAviO is reliably informed will come under the Luxwing arm, run by the ever enterprising Giuseppe Sapia. Internally, the airline will fly to Rome before adding routes to Cagliari, Olbia and Lamezia Terme. Internationally Vienna and Munich are on the radar screen of the investor behind the airline Josef Gostner. Through his other company, Abd Holding Gostner already runs Bolzano airport. The last operator to be based in Bolzano was Air Alps which went belly up in 2013.

Sky Alps will be a “virtual airline” using the expertise of proven Maltese operator Luxwing. It is reliably understood that the nascent company will add about thirty employees to its payroll between pilots, cabin crew and technical staff. The aim is to start flying in May of this year.