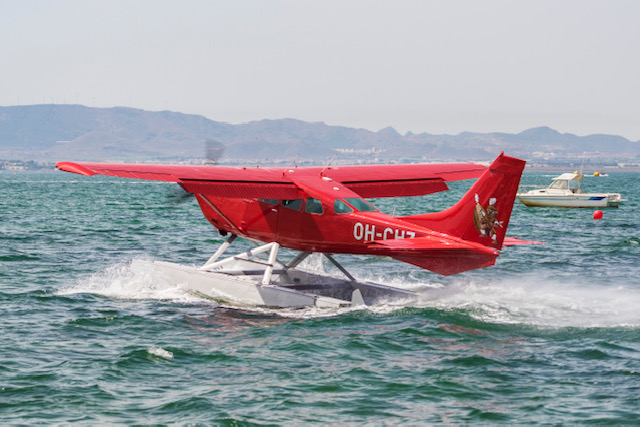 Puerto Pollensa, on the beautiful island of Mallorca, and seaplanes have always had their history intertwined. More than eighty years ago, an airline operating seaplanes was established in Mallorca to keep vital links alive with the mainland including Barcelona. The Spanish Air Force was also quick to note the importance of seaplanes and it moved in to established a base together with other outposts in Los Alcazares, Formentera and Malaga among others.

The success of the Porto Pollensa Splash-In also got the support of the political establishment in Spain, with the Mallorcan Aeronautical Foundation presenting also a memorandum to the European Commission in Brussels with the help of the Spanish members of the European Parliament. With the backing of the authorities, the Mallorcan Aeronautical Foundation will be holding the first ever European Seaplane Congress. The main objective of the congress is to lay the foundations for common regulations between all member states with regards to seaplanes. President Miguel Buades has made it his mission to see the formation of the first ever European Federation of Hydroaviation at this Congress to make sure that seaplanes enjoy a resurgence which is long overdue.

The organizers are looking forward to hear from pilots, operators and regulators who wish to attend. They can contact the Board of Directors at the Mallorcan Aeronautical Foundation on congreso@fam-ib.org.

MAviO TV will be reporting from this all important event!

Is Engineless Taxiing the Next Big Revolution?