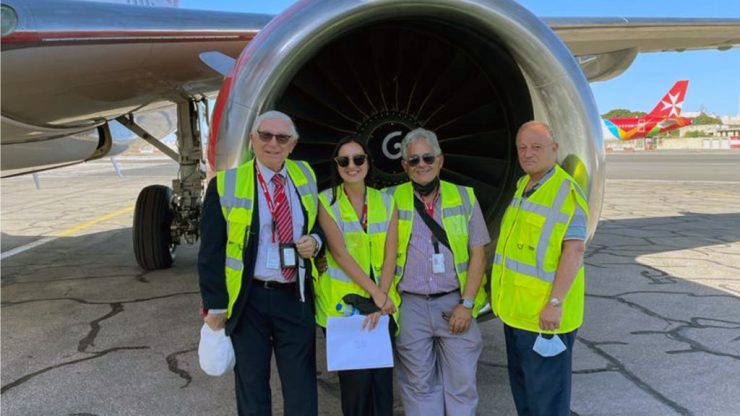 The latest addition to the Corendon Airlines Europe fleet is a Boeing 737-800 registered 9H-TJE. The aircraft is the 8th airplane in the fleet with the 9th one in the pipeline.

There is frantic work going on behind the scenes as Captain Gaston Debono and his team need to ensure that the airline stays firmly on its projected growth path. The aircraft was on a fleeting visit to be inspected by Transport Malta – Civil Aviation Directorate officials and also to clear customs.