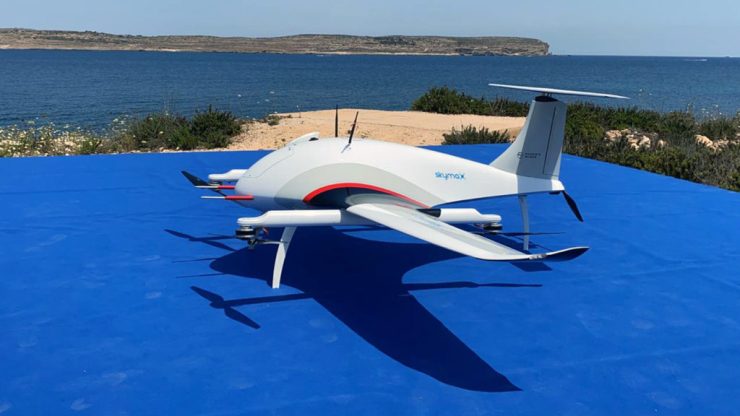 During the past week, HandsOn Systems, QuAero and German company Phoenix-Wings GmbH have been conducting trials, flying the drone between Malta and Comino. MAviO News spoke to Geoffrey Farrugia who is the CEO of HandsON Systems. He explained how he envisages a future where drones will become an integral part of our life and could be used for anything from the delivery of food to that of urgent medical supplies. The ultimate aim of this conglomerate is to launch a sustainable drone cargo service between the two islands. The drone being used for these trials has a payload of 10kg.

The drone is fully autonomous and although it can be piloted beyond visual range, there is also the possibility of having the whole route plotted with the unmanned air vehicle making a fully autonomous take-off and landing. German company Phoenix-Wings sees Malta as an ideal location for drone use and thus is keen to tap on a seemingly unexplored market which could prove to be a gold mine in the foreseeable future.

The first official flight between Malta and Comino was witnessed by the Minister for Transport, Infrastructure and Capital Projects Dr Ian Borg who lauded the initiative and showered those involved with praise for the brilliant research and field work carried out.