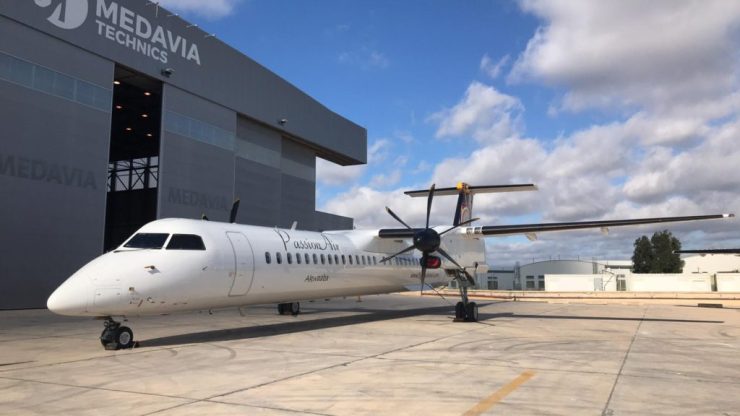 Ghanaian carrier Passion Air which had its first Q400 delivered in August 2018, continues with its close relationship with Medavia. Initially, Passion Air began flying between Kumasi and Accra, before it embarked on an ambitious expansion plan that included Tamale and Takoradi. The response to the destinations being offered by the fledging company seem to have been very well received. The Maltese company has also set up a Maintenance Line Station in Ghana to better support Passion Air during its embryonic stages. MAviO’s roving reporters, have managed to capture a Q400, in front of the Medavia hangar during the past 24 hours as it awaits attention, having returned from the capital Accra. After the maintenance work has been carried out, the Q400 is expected to return to its base to continue flying for Passion Air.