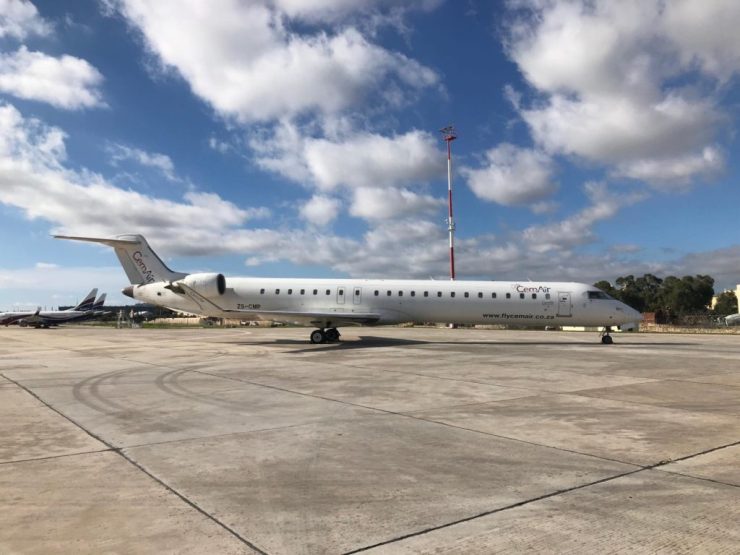 Sitting forlornly on Apron 4 is a CRJ900 of South African operator Cemair. The company had its AOC suspended by the SACAA on 13th December. The SACAA had stated that during a routine inspection it had uncovered a number of deficiencies, including having a post holder for Flight Operations who did not have the approval of the latter mentioned authority. The CRJ900 made an appearance in Malta as this whole saga was unfolding with Cemair taking the SACAA to court and overturning the South African Civil Aviation Authority suspension of its Part 121 and Part 135 Air Operator’s certificate.

In the midst of all this mayhem, it is worth noting that Cemair had already registered a company in Malta way back in 2015. It also appointed Ruan Nel as Accountable Manager of Cemair Malta, although as yet, no AOC has been issued. MAviO is reliably understood, that this avenue is actively being pursued by the latter mentioned venture. Will the Maltese subsidiary help the mother company to stand on its feet again? This is not the first time that Cemair South Africa ended in hot water, after inspections by the SACAA.