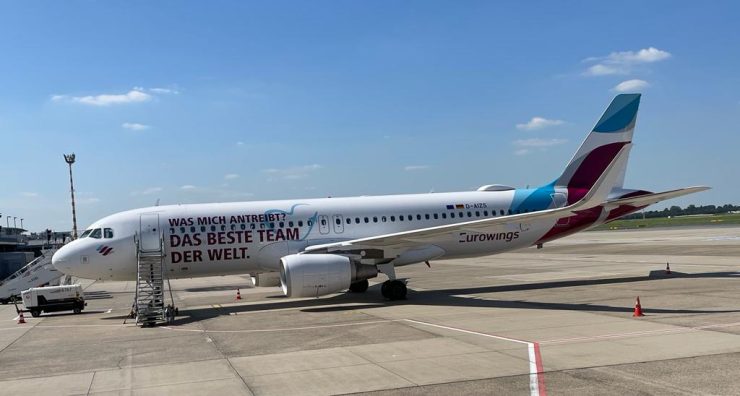 Eurowings Europe has relocated from Austria to Malta. This can be seen as  a win for the Maltese authorities after losing out to the landlocked country in 2017, when both Malta and Austria were vying for the new airline being set up by easyJet. The Maltese authorities handed the Air Operator’s Certificate as well as the Operating Licence to Eurowings Europe CEO Stefan Beveridge during a brief ceremony held at Triq Pantar. When addressing the press, the CEO revealed that the initial aircraft has been registered 9H-EUL, with the first flight earmarked to take place on 3rd November 2022. The company intends to register up to 20 aircraft by the end of April 2023.

Beverdige explained that he found the Maltese authorities approachable and with the right attitude. Eurowings Europe has set up its head office in St Julians. The company employs more than 700 people, with the number likely to grow as the company inducts more aircraft into its fleet. He continued that Eurowings Europe, which is part of the Lufthansa Group should see the number of employees balloon as the company sets up more bases across Europe. It is yet unclear, whether Eurowings will be setting up a base on the island or not, as Beveridge was non-committal when asked specifically on the subject.

Ing. Connie Di Cesare ably aided by Captain Martin Ferrando and Ing. Carl Tabone formed the backbone of a team from various TM-CAD units who worked tirelessly with the Eurowings clan to set up this latest AOC on the island.