A tale of clipped wings 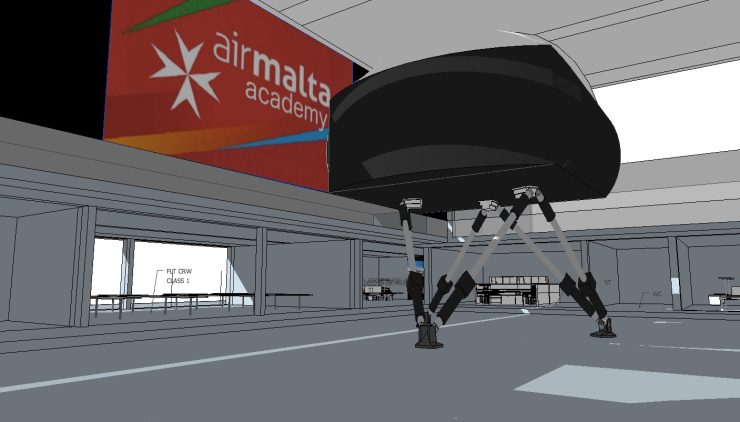 During the first half of 2018, there was a serious attempt by Air Malta to diversify its business and the setting up of the Air Malta Academy was seen as a possible revenue stream. While the whole idea was still in its embryonic stages, it was being championed by then Air Malta chairman Charles Mangion who saw a window of opportunity for the ailing national carrier. The project was entrusted to Captain Eric Abela, who was a familiar face both at the old head office building in Luqa as well as Level 2 SkyParks. MAviO News met up with Eric to discuss this stillborn project. He quickly quips that the concept he had mapped out was a holistic one that included pilot training, B1/2 aviation mechanic training and third party cabin crew attestation courses. The captain who hails from Żejtun and is a Hong Kong resident, had left Air Malta for pastures new in the Far East. Returning back, he was eager to get involved in the local aviation scene and embarked on a project to create a standalone company under the name Air Malta Academy, with the national airline receiving royalties in return for the branding and other services. The concept is not entirely new and MAviO News has information in hand that Air Malta had toyed with the idea in 2008/2009 and also around 2012, although these plans came to nought.

Captain Abela insists that the Air Malta Academy could have been a highly successful venture, espacially with Asian carriers eager to have their cadets trained within an EASA environment. He confessed that through his network he could gauge that there was a flurry of interest in the Air Malta Academy idea as a centre of excellence in aviation training in the Mediterranean basin. He added that the CAAC was dishing out contracts that when summed up, amounted to well over $25 million at the time, spread over a two year period. The nascent Air Malta Academy, under the stewardship of Captain Eric Abela, was also looking at introducing the first pay-to-fly concept on the island with the aim of providing prospective students with zero experience, the possibility of securing a frozen ATPL, an Airbus A320 type-rating and subsequently 400-hours on type. The structure he envisaged would have seen a CEO / Accountable Manager at the helm with three nominated key personnel reporting directly to the key postholder. These were to include the HOFT (Head of Flight Training), HOET (Head of Engineering Training) and HOFAT (Head of Flight Attendant Training). Instructors and other ancillary staff were to be employed on an ad-hoc basis.

Eric Abela proposed an 18-month road map, with the Air Malta Academy to be housed in the old training centre. Plans were made for its complete refurbishment and extension. MAviO News managed to gain access to some exclusive 3D-images depicting a modern facility with up to four simulator bays surrounded by classrooms and other training equipment. Financial projections showed that the proposed Air Malta Academy could reach earnings exceeding one million euro annually before interest and tax.

With the current pilot shortage and a national debate raging on in the country on whether Air Malta will survive to see another year, the idea of an Air Malta Academy might have been a possible way of generating additional income and also an assurance in preserving this iconic name in European aviation circles, much on the same lines of the Pan Am Flight Academy.