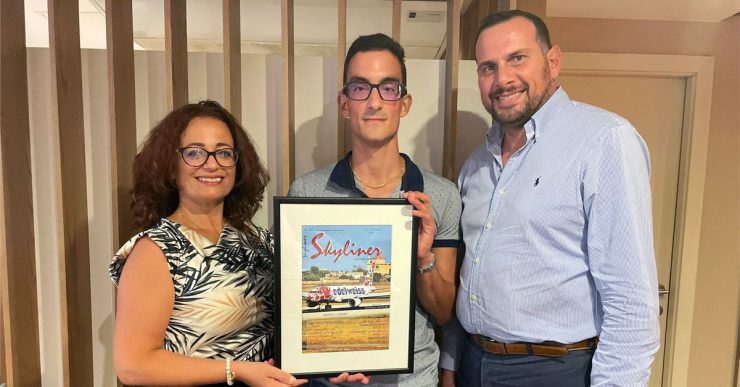 Mario Caruana, who has recently been appointed as MAviO News staff photographer, was presented with a framed copy of his latest photo to adorn the cover of German’s civil aviation magazine Skyliner Aviation & News edited by Chris Witt.

The short presentation ceremony was attended by MAviO board members Joanne Calleja and Stephen Gauci. Both praised the brilliant photographic work of Mario who has had his photos published in an array of aeronautical publications including World Airnews, Airliner World, JP4 Aeronautica, Aviation Direct and ch-aviation just to name a few.

Together with Mario Caruana, MAviO is now working on a number of upcoming projects that should keep Malta’s aviation scene firmly on the radar screen of the international aeronautical press. Well Done Mario!