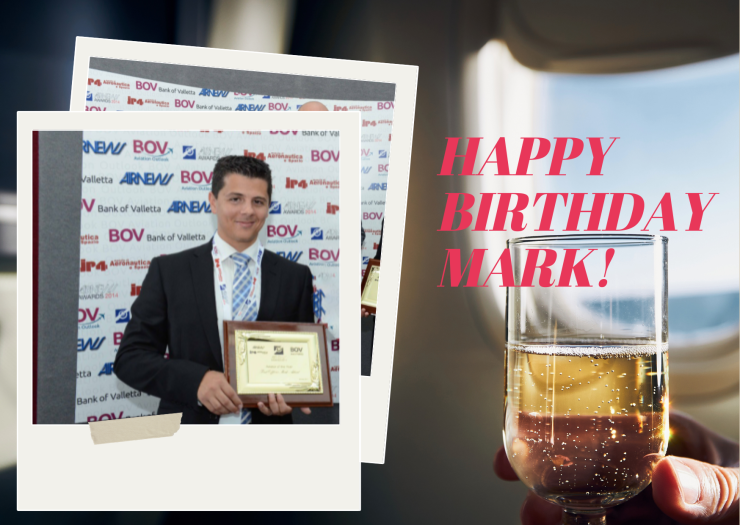 We wish the very best on this special day to Air Malta’s First Officer Mark Attard. Mark formed part of a core group that was tasked with the changeover to a paperless cockpit and the introduction of Electronic Flight Bag devices way back in 2013. This was still uncharted territory, with KM, being one of the first airlines to implement this advanced technology.

In 2014, Mark was conferred with the Aviator of the Year award, for his outstanding work in the introduction of the EFB on KM’s A320 fleet and also for his input as the national airlines’ technical pilot at the time. His analysis and feedback was also praised by Airbus officials in Toulouse. First Officer Mark Attard is a director at QuAero and also spent time as a Flight Operations Inspector at TM-CAD.