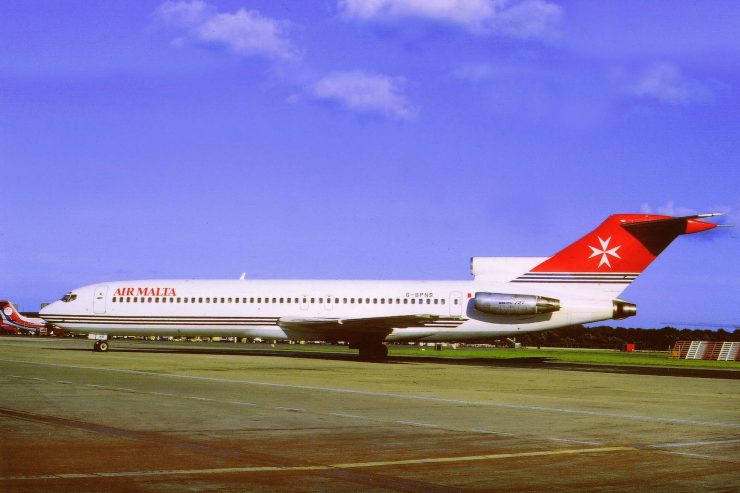 The recent news of Air Malta wet leasing an Airbus A320 from Getjet Airlines to better serve the increase in traffic during the 2022 summer season hardly came as a surprise. KM has been using aircraft on ACMI basis to better manage peak demand during the summer period since time immemorial.

One of the types that is often overlooked and hardly given credit for the major role it played in KM’s history is the Boeing 727 of which Air Malta wet leased nine, over the course of its history. The first 727 to join the KM fleet was an early model -100 series that flew in ACMI for the Maltese national carrier between April and November 1976. The aircraft was leased from World Airways.

Unfortunately the Boeing 727, has also a tragic connotation associated to it. During 1990 when Malta was experiencing a huge boom in tourism, it was decided to lease a Boeing 727-247 from Faucett Peru. The aircraft which carried the registration OB-1303 had been experiencing pressurization problems for some weeks. The tri-jet left Malta on its way back to Lima in mid-September. It is believed that the pressurization problem resurfaced and the crew were forced to descend. OB-1303 was coerced to ditch after running out of fuel while crossing the Atlantic on 11th September 1990. The three-holer as the 727 is affectionately known was still in full KM livery when the accident happened. The 727 (pictured below) was never found and 16 people including six crew members perished with it at the end of the ocean floor.