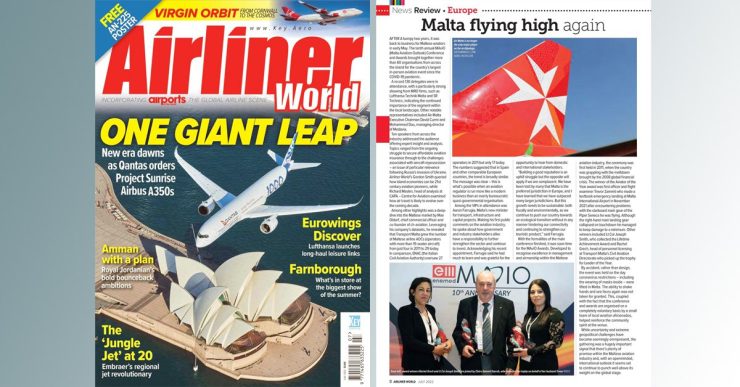 The world’s largest selling civil aviation magazine has reported extensively on the Enemed MAviO Conference and Awards held in early May. The event has cemented itself as Malta’s biggest aviation meetup in the post-pandemic era.

Airliner World delved into the themes being discussed and on the voluntary initiative led by the amiable CEO Marvic Bugeja ably assisted by Riccardo Flask, Joanne Calleja, Venrose Caruana and Captain Sinclair Portelli.

When talking to MAviO News, CEO Marvic Bugeja expressed her satisfaction at the international coverage that the event got with at least three international aeronautical publications dedicating one whole page to the proceeds of the conference.

She added that no other aviation meetup on the island gets as much coverage internationally as the Enemed MAviO Conference & Awards thus placing the networking event as the biggest on the island!