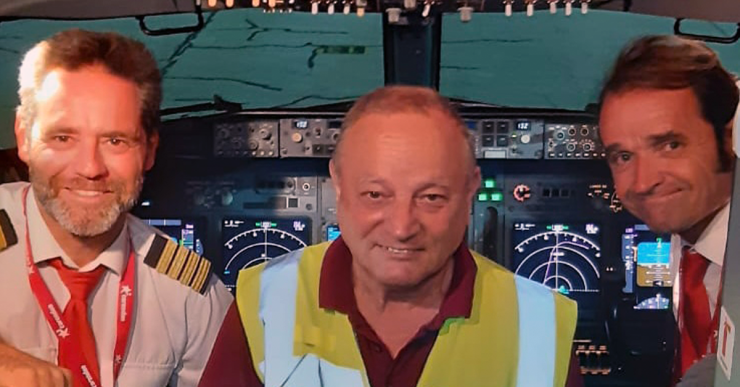 Just a few days ago, Corendon Airlines Europe performed the first TATL flight after gaining ETOPS approval. Subsequently Corendon Airlines Turkey revealed it was leasing an Airbus A330 from Maltese carrier Airhub Airlines for 18-months. This is the first widebody to enter service with the Turkish leisure carrier. Initially the twin-aisle airliner will be deployed on intra-European routes before being used on longer range sectors. Just a few hours ago (03/06/22) Malta International Airport witnessed the arrival of yet another Boeing 737-800 which is joining the CXI fleet.

The aircraft is a relatively young airframe having been delivered to Lion Air’s subsidiary in Malaysia – Malindo Air as 9M-LND in November 2016. It subsequently moved to another carrier within the group Batik Air Malaysia, before entering CXI’s fleet in the last couple of hours. The flight to Malta was under the command of Spanish captain Alejandro Rodriguez (left) with his compatriot Domingo Calleja (right) as First Officer. The expansion of the Corendon Airlines Europe fleet is being coordinated by NPFO Captain Gaston Debono (middle) who is currently working to induct yet more B737 aircraft on the Maltese register as the leisure carrier continues to venture into virgin territory and target potentially untapped or underserved markets.