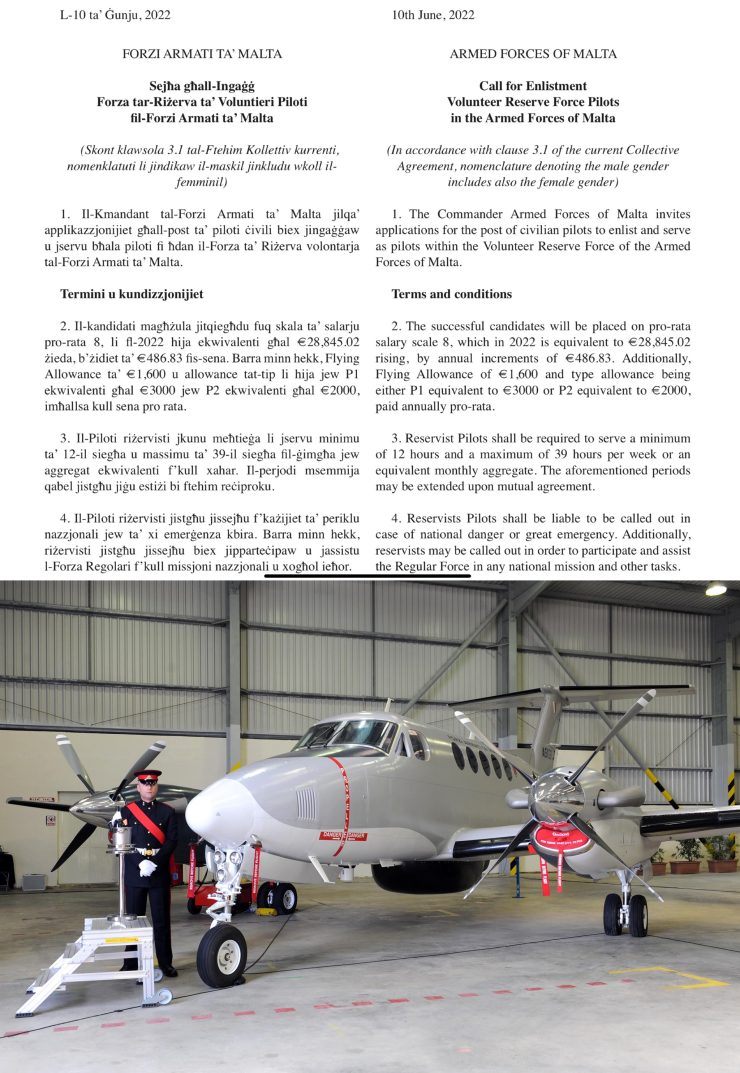 During the past 48 hours the Armed Forces of Malta have issued a call for applications for the post of civilian pilots to enlist and serve within the Volunteer Reserve Force of the Armed Forces of Malta. The applicants should have attained their eighteenth birthday but not their thirty on the closing date of the call for applications. Applicants should have an EASA Commercial Pilot License (CPL) with Instrument Rating (IR) and multi engine (ME) aircraft.

It has been noted that completed application forms should be submitted by noon of Friday 24th June accompanied by all the relevant documents including license, academic qualifications and professional certificates. Applicants will be notified by a letter whether they have been selected or not. More information can be found on the latest issue of the Government Gazette.