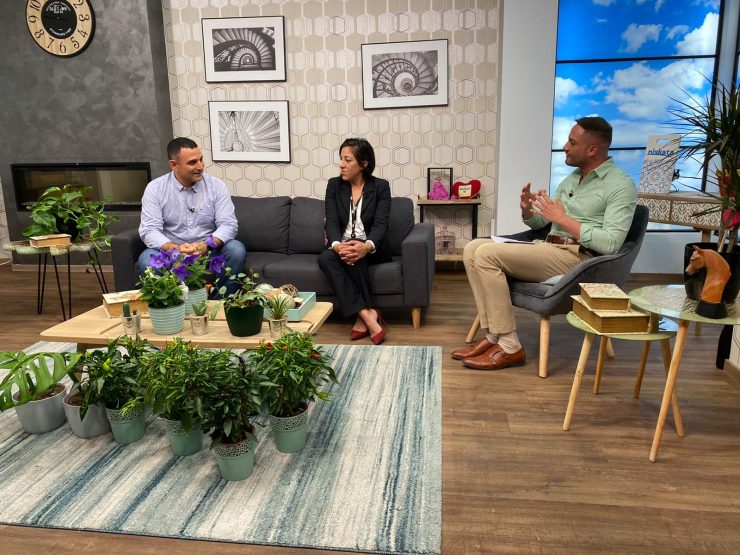 The Enemed MAviO Leader of the Year award winner Rachel Grech was earlier today interviewed on TVM’s popular afternoon show Niskata. Rachel won the award on account of her outstanding performance at the Civil Aviation Directorate, where she is Head of Personnel Licensing.

During the interview Rachel spoke about how she rose through the ranks, starting her career in the accounts department at Medavia before moving to the training unit where she was responsible for more than 50 pilots that were in the employ of the Safi based carrier at the time. The Head of Personnel Licensing at TM-CAD also took time to thank her family, in particular her parents for their tremendous support . MAviO’s Deputy CEO Riccardo Flask was also interviewed during the afternoon show, where he delved into the work done by the voluntary initiative and how preparatory meetings have already started on the 2023 conference and award ceremony. While being coy, Riccardo hinted at some big names attending MAviO 2023, with the latter event establishing itself as the biggest aviation meetup for local players in the post pandemic era.