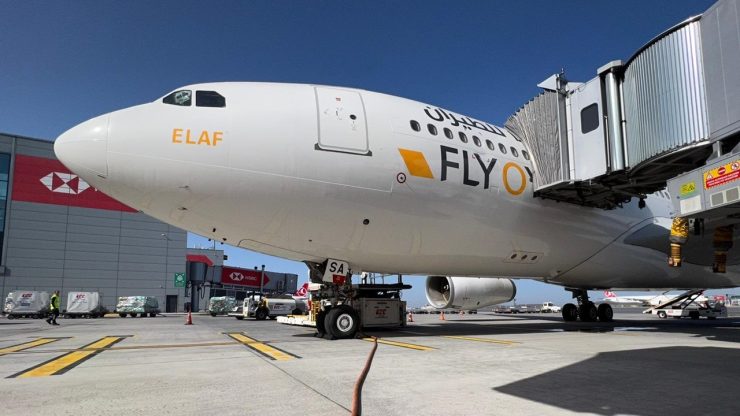 The route between Libya and Turkey has become a little more crowded as a new entrant entered the market during the past 24 hours. Libyan airline FlyOya officially launched flights to Istanbul using a widebody aircraft. FlyOya is betting on the Airbus A330-200. to annihilate the opposition and have the lowest possible CASM(cost per Available Seat Mile). The first aircraft in the fleet carries the registration 5A-OSA. The aircraft was originally delivered to Emirates way back in october 2000 before moving to Syphax and Onur Air.

The first flight carried 70 passengers and all on board were given a warm welcome with flowers being handed out to the passengers on the first FlyOya flight as they disembarked. The General Sales Agent of FlyOya in Turkey is none other than Fly Service. The CEO Gokhan Sarigol explained that his company is extremely happy to bring yet another airline operating to Turkey. FlyOya will be plying the route on a daily basis using A330 equipment. On 5th May, Libyan paper airline Medsky will launch operations. Will this gnaw into the FlyOya market? The coming four weeks will be very interesting to follow, especially with regards to passenger loads.