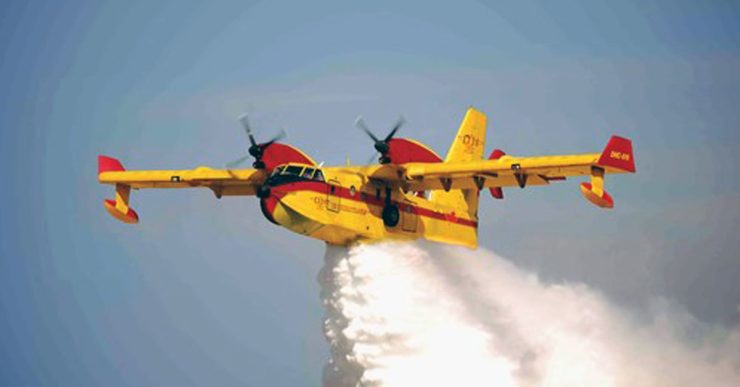 De Havilland has launched the DHC-515 program which was formerly known as the CL-515 in line with its predecessors.

The DHC-515 Firefighter will build on the history of the iconic Canadair CL-215 and CL-415 aircraft which have been a critical part of European and North American aerial firefighting fleets for over 50 years.  Important upgrades are being made that will increase the functionality and effectiveness of this legendarily rugged firefighting aircraft.

European customers have signed letters of intent to purchase the first 22 aircraft pending the positive outcome of government-to-government negotiations through the Government of Canada’s contracting agency, the Canadian Commercial Corporation (CCC). De Havilland Canada expects first deliveries of the DHC-515 by the middle of the decade, with deliveries of aircraft 23 and beyond to begin at the end of the decade, providing other customers the opportunity to renew existing fleets or proceed with new acquisition opportunities at that time.