Is the AFM Air Wing close to deploying an Unmanned Air Vehicle? 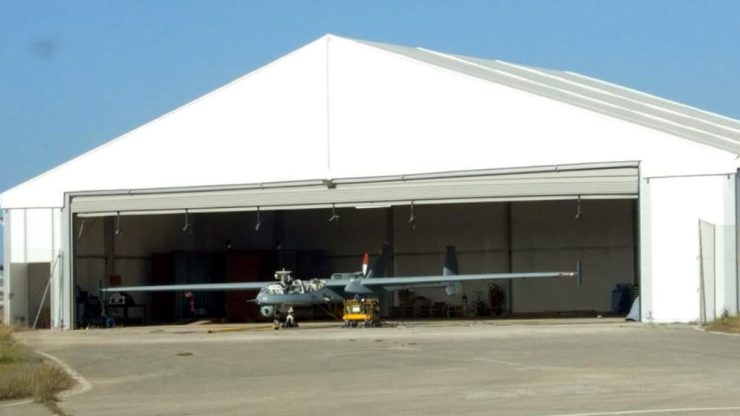 The Armed Forces of Malta’s interest in unmanned air vehicles goes back more than 10 years. In an article which appeared on MaltaToday in July 2012, it was claimed that the AFM were keen on a European Union project that would have seen our territorial waters being patrolled by drones. The whole idea fell under the EUROSUR project which at the time intended to put more technology at the disposal of Frontex.

In an interview given to MaltaToday during 2012, it was claimed that although the AFM were fully involved in the development of the system, it was not participating in any drone testing. The spokesperson reiterated the fact that the Armed Forces of Malta remained interested in all that concerns maritime surveillance and open to any opportunity that can enhance border security.

MAviO News is reliably informed that in a hangar close to Apron 5, an IAI Heron system has been assembled and partially tested. As a matter of fact, its transponder which was showing the Israeli registration 4X- up to some weeks ago, has now changed to AS2132. This is the serial number which the unmanned system is likely to get once integrated within the AFM Air Wing. With regards to patrols, the IAI Heron will bring a quantum leap in capabilities when compared to current Air Wing assets. The IAI Heron can stay in the air for more than 50 hours, however this is highly dependent on the profile of the flight. Sources close to the Air Wing have revealed to MAviO News, under condition of anonymity, that the UAV was supposed to conduct a test flight on Monday (26/04/21) but this got cancelled. According to FlightRadar24, AS2132 flew last night (00:40) and headed in a southerly direction. The IAI Heron is used by a number of Air Forces including the Indian and Turkish Air Forces.