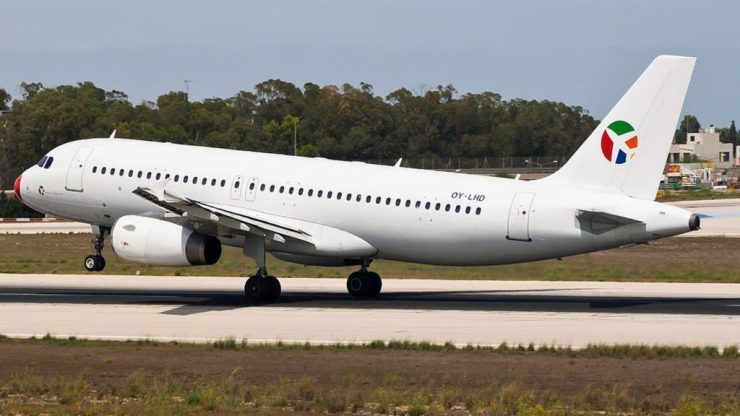 Whenever you go to the airport you will always see aircraft maneuvering on the ground, under their own power, moving towards their parking stand or proceeding to their take-off runway. This phase of flight is known as the Taxi phase. During this phase the pilot manipulates three sets of controls. The first control is the tiller which turns the nose wheel and thus controls the direction in which the aircraft is pointing. The pilot uses one hand to manipulate the tiller. The second set of controls are the engine thrust levers. Each engine has its own thrust lever, so, for instance, a twin engine aircraft has two thrust levers, and so on. The thrust levers determine how fast the aircraft moves and the pilot manipulates them using his other hand. The third set of controls are the wheel brake pedals. There are two pedals, one for each foot, and depressing the left or right brake pedal actuates the left or right brakes respectively. Controlling an aircraft with these controls is not always easy, especially when taxiing in low visibility conditions such as fog. For this reason, new technological aids are required to assist the pilot during the taxi phase.

In 2019, the Institute of Aerospace Technologies at the University of Malta, teamed up with QuAero Limited (a local SME with over a decade of experience) to work on a project called ACSAGO – Active Control Sidestick for Aircraft Ground Operations – with the aim of improving the control of aircraft during taxiing using a new and innovative control system based on active sidestick technology. The active sidestick allows the pilot to control aircraft speed and direction by taking the pilot’s input commands and converting them to conventional steering angle, brake and thrust commands. Furthermore, the sidestick control system intelligently monitors the aircraft’s position relative to the taxiway centreline and provides force feedback to the pilot whenever the aircraft deviates from its intended path.

The ACSAGO project is now in its third and final year of execution. Over the past 12 months, the research team completed the development of the control system and filed a patent with the UK IPO to protect the novel aspects of the project. Furthermore, the team recently published an academic paper titled An Active Side Stick Controller for Aircraft Ground Operations which was presented at the 2021 AIAA SciTech Forum.

The active sidestick technology proposed by ACSAGO was evaluated by a line pilot with over 25 years of experience and the feedback received is being used to enhance the technology as well as to pave the way for a more in-depth set of evaluations which are being planned for this summer. The pilots’ feedback from these evaluations will be essential to improve the safety and reliability of the technology, while also ensuring that it is acceptable to the end users i.e. airline pilots.

The final evaluations will be open to all airline pilots irrespective of rank and experience. Pilots are encouraged to register their interest by sending an email to iat@um.edu.mt.

ACSAGO (R&I-2017-032-T) is financed by the Malta Council for Science & Technology, for and on behalf of the Foundation for Science and Technology, through the FUSION: R&I Technology Development Programme.