Is Engineless Taxiing the Next Big Revolution? 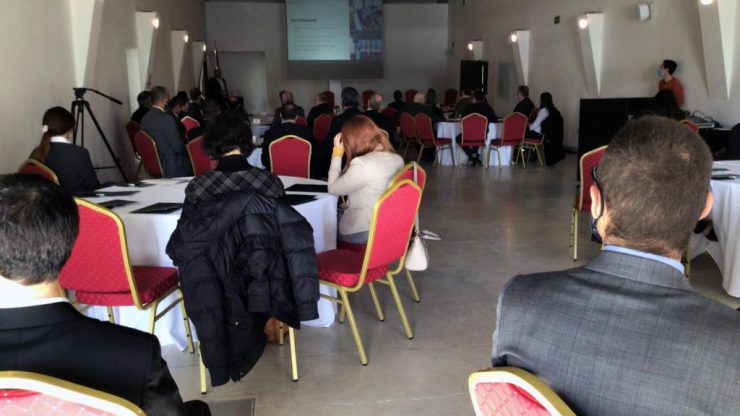 This is a project that can actaully be implimented in real life. These words resounded at the Esplora Hall while Handson CEO Geoffrey Farrugia was addressing academics, pilots and other interested parties during the launch of SATMET (Situation Awareness and Traffic Management for Engineless Taxiing).

The project has brought together the Institute of Aerospace Technologies at the University of Malta together with industry players. The project was coordinated by Dr Ing. Jason Gauci with the whole study being spread over a 30-month period and costing just over €200,000. SATMET envisages engineless aircraft taxiing using either an electrical motor installed on the aircraft or else an autonomous electrical tug.

When talking to MAviO News Dr Ing. Jason Gauci revealed that the whole study created quite a stir and there was a lot of interest from the industry including well-known company Taxibot.

During the whole presentation it was explained that the bigger the airport the longer the wait for take-off. At Malta International Airport this is usually less than 10 minutes, while at major airports like Miami taxying can be in excess of 20 minutes.

Other speakers during the SATMET dissemination event  included Ing. stefano Zaninotto and Aman Batra who worked on different aspects of this innovative project.  In his concluding remarks, Handson CEO Geoffrey Farrugia reiterated that the company’s aspiration is that of having electric and autonomous taxying within the coming ten years.