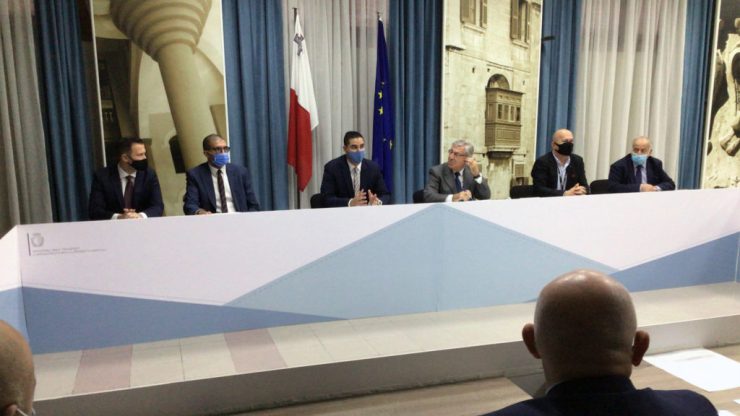 Karmenu Vella has been appointed as chairman of the Aviation Advisory Committee by Minister Ian Borg. In his introduction Minister Borg praised Karmenu Vella for his excellent leadership qualities and said that the ex-EU commissioner is held in high esteem by all those involved in the aviation industry. The advisory committee is made up of a mix of aviation specialists, stakeholders and experts who have been appointed given their expertise in the field. Among those sitting on the newly formed committee, there is the CEO of INDIS Karl Azzopardi, Malta Enterprise manager Anthony David Gatt and the CEO of Malta Air Traffic Services Dr. Ing. Kenneth Chircop.

Minister Borg emphasized the need for synergy between all those involved in the Maltese aviation sector. He stressed that we cannot have eight policies between eight different departments addressing the aviation sector. When addressing the press, Karmenu Vella explained that the terms of reference for the committee limit it to an advisory role with the minister always having the last say.

During the press conference the newly appointed chairman revealed that there are a number of initiatives on the table including the setting up of a school for air traffic controllers. There are also new niches which need to be explored including the recovery and recycling of aircraft. When asked by MAviO news about his two main priorities during his first 100 days in office, he identified the setting up of a stakeholders forum and working on a new aviation policy as being his top goals. Karmenu Vella also revealed that Minister Ian Borg has commissioned two reports, namely one focusing on the economic impact of the sector and a second one aimed at completing an HR Audit.

The meeting was open to the press during the first 20 minutes before continuing behind closed doors.