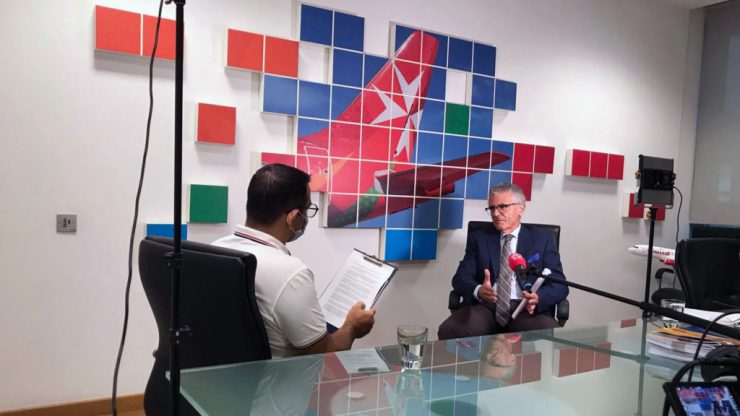 In a hard-hitting interview, Air Malta Executive chairman Notary Charles Mangion revealed that the company is actively looking at setting up bases beyond Malta’s shores. He mentioned Corsica, Sardinia and Sicily. However, when pressed for details by MAviO News Deputy Editor Riccardo Flask, Charles Mangion hardly minced his words and in an unequivocal manner made reference to the company’s plans to set up shop in Libya, once the Maghreb country starts enjoying further stability. Interestingly, this would not be the first foray for Air Malta pilots in Libya, as a number of KM’s cockpit crew flew out of Tripoli for Libyan carrier Afriqiyah up to 2011.

Squeezed for details by Riccardo Flask, Charles Mangion was a little enigmatic although for the very first time he hinted that once the economic situation improves, and load factors start to ameliorate, the national carrier would have to start to re-hire employees. Although he did not refer directly to the 69 pilots who were made redundant, his reply gives a ray of hope to those who have been battling to be reinstated with KM.

Beyond any reason of doubt, the most ludicrous statement made by Charles Mangion during the whole interview, was that concerning the tentative Airbus A321XLR order that was touted to enter the fleet in 2023/24. Charles Mangion distanced himself from the whole A321XLR debacle and even though ex-CEO Clifford Chetcuti had specifically made reference to it in an interview with well-known aviation journalist Martin Rivers, Charles Mangion is now claiming that the A321XLR was not for Air Malta but for Malta Medair!