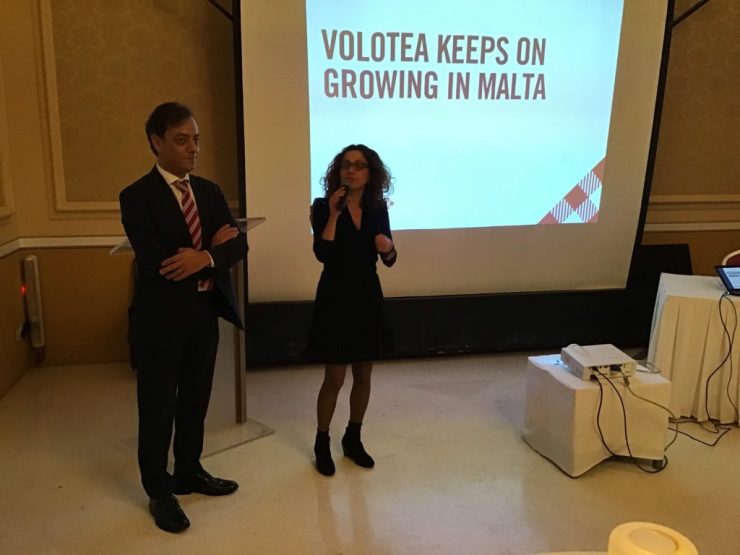 Genoa and Verona are two new routes being added to the existing three operated by Spanish low-cost carrier Volotea. The company currently serves 319 routes with a 34- aircraft fleet which is composed equally by Airbus A319 and Boeing 717. During the summer of 2018 the company surpassed the magical number of 1000 employees within its fold. The company has a very peculiar strategy and connects small and mid-size cities thus flying below the radar screen of the big LCC players.

At the press conference MAviO had a long chat with one of the airline’s top executives, namely Carlos Cerqueiro. Volotea endured a gruelling Summer in Italy and in August it was summoned by the Italian authorities to explain the delays that were being experienced all over its Italian network. Cerqueiro assured MAviO that the impasse with ENAC has been totally resolved and the airline will have an aircraft on stand-by to ensure a better despatch reliability during the Summer of 2019.

Volotea is the sole operator of the Boeing 717 in Europe. When asked about fleet rationalisation, Cerqueiro did not mince his words. The airline is on the hunt for more second-hand Airbus A319 preferably CFM powered, although much depends on what is available on the market. The company is also eager to tap in new markets, especially in North Africa. The Open Skies agreement signed between the EU and Morocco has led the company to invest in a new route, namely Nantes-Tangiers, with more likely to follow after gauging the success of this initial foray.