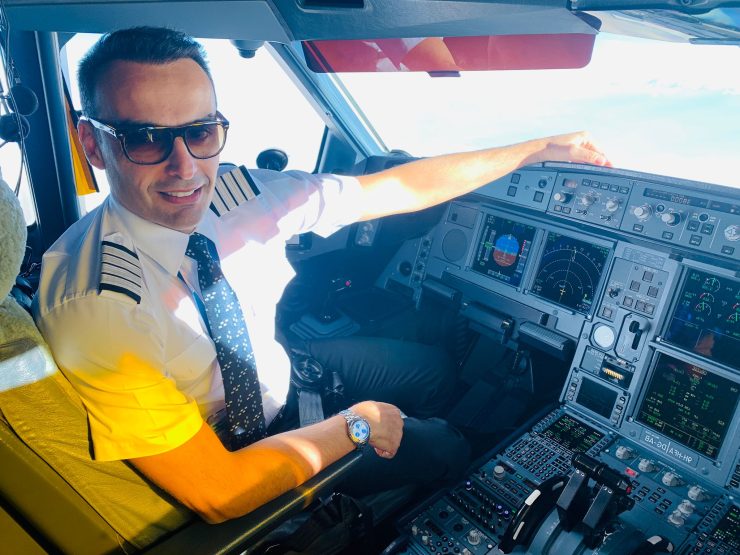 Captain Eric Abela hardly needs any introduction having been involved in the aviation industry for almost 30 years. In 1994 he joined Air Malta as a cadet pilot on the much maligned Avro RJ70. After KM decided to dispose of the aircraft he moved onto the Airbus A320. where he gained valuable experience on the popular twinjet. Captain Abela’s stay at the national carrier only lasted six years before he moved to pastures new and joined Cathay Dragon in 2000 where he got his upgrade to the left hand seat in 2003. Ten years after getting his command, the entrepreneurial Eric Abela was the first Maltese to join Air China. With over 19,000 hours under his belt, Portuguese / Maltese operator HiFly was eager to tap into his experience and he was recruited during the last two months to fly the Airbus A330 on their multitude of ACMI contracts including the one for TAAG.

He is currently in his final year reading for a Masters in Air Transport Management. In 2016 Eric Abela set up EOS Projects, a company specialising in innovative aviation initiatives. Through EOS Projects he brought the first Chinese students to Malta where they pursued their aviation studies at the Malta School of Flying campus. When talking to MAviO News earlier in the week, it transpired that ex-Air Malta chairman Charles Mangion had entrusted him to set up the first Air Malta Aviation Academy, details about which are very scant and have been kept away from prying eyes. The business plan prepared by EOS Projects envisaged potential earnings that exceeded €1 million annually. Captain Abela, currently sits on the board of directors of Melair which is a partnership between Spain’s Air Nostrum and Medavia.