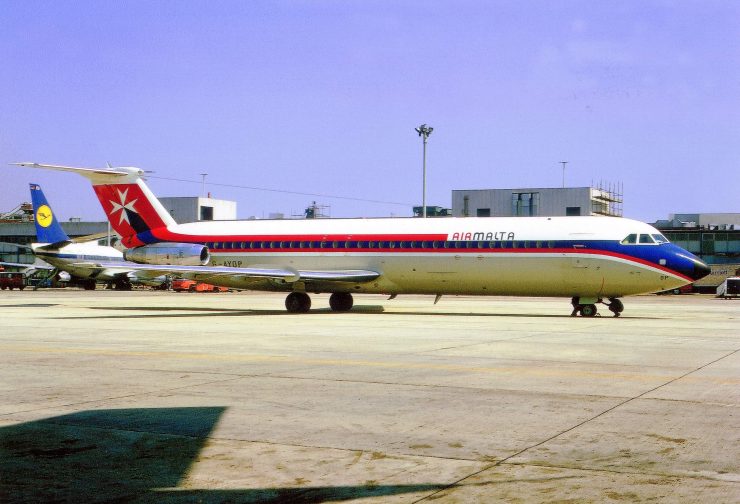 The 1975 summer season was particularly busy for the Maltese national carrier. Since the company was fully aware of the increase in demand for seats on the route to the island it entered into an agreement with British Caledonian for the lease of a BAC1-11 between April and October 1975. Aviation historian John Visanich, claims this was Air Malta’s first ever wet-lease to cope with pent up demand.

The BAC 1-11 registered G-AYOP was the only one of the type to ever fly for KM in the striking red and blue cheatline livery. The aircraft was originally delivered to Court Line in 1971 and stayed with British Airways until the early nineties. It was acquired by Paul Stoddart’s European Aircharter in 1994 and soldiered on until 1999 before being sold in Nigeria to Savannah Airlines where it was withdrawn from use in 2001.