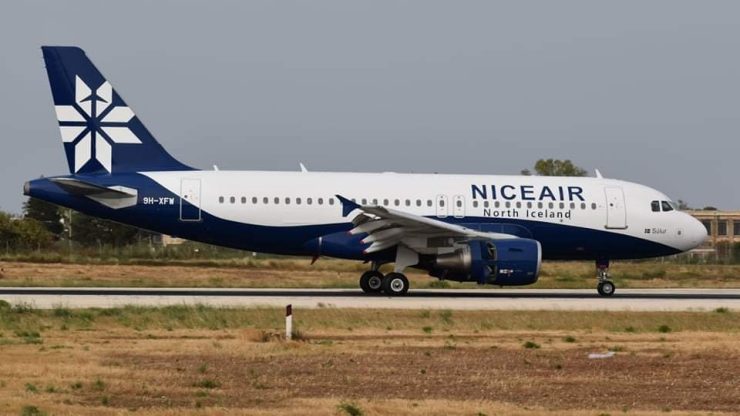 During the past 24 hours the Maltese national carrier has leased an Airbus A319 from HiFly Malta registered 9H-XFW. The aircraft is in a 150 seat configuration and was earmarked to operate rotations to Gatwick and Lyon to make up for the shortage of uplift capacity that the national carrier is experiencing.

Interestingly, the aircraft carries the livery of Icelandic newcomer NICEAIR, which is a ”paper airline” that will start operations on the 2nd of June out of Akureyri. The company was launched with the backing of various investors including Samberji and Twin Otter operator Norlandair. The airline had said in official communication in March this year, that it had no plans for an own AOC, with its flights being farmed out to an ACMI provider. It was later revealed that HiFly Malta would be flying on behalf of Icelandic virtual carrier NICEAIR.