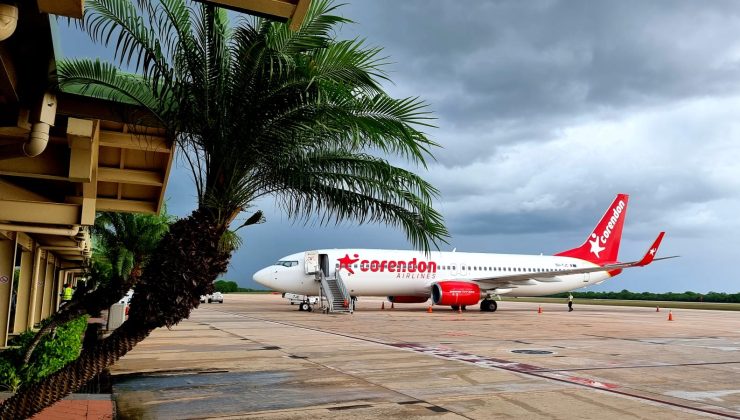 Corendon Airlines Europe, has performed its first ETOPS flight on 23rd May 2022 with a Boeing 737-800 registered 9H-TJC. The aircraft carrying flight number CXI199P flew from Gran Canaria to Natal in Brazil in just under 5 hours fifteen minutes. The ETOPS approval had been obtained after a laborious process conducted together with TM-CAD and which was headed by NPFO Captain Gaston Debono from the airline’s Malta office at SkyParks.

While in the Caribbean, the aircraft performed a number of charters and was seen at La Romana in the Dominican Republic, Willemstad airport on the exotic island of Curacao and Mexico City. The single-aisle airliner left Mexico City earlier today on its way to Brussels, Captain Serkan Yurtay and Captain Miguel Jimenez together with First Officers Anais Manent and Marc Pons have carved their name in history books as the first flightcrew to operate a TATL flight on behalf of CXI. The flight is likely to open a new chapter for the Malta-based leisure carrier as it tries to diversify its offerings on the charter market.