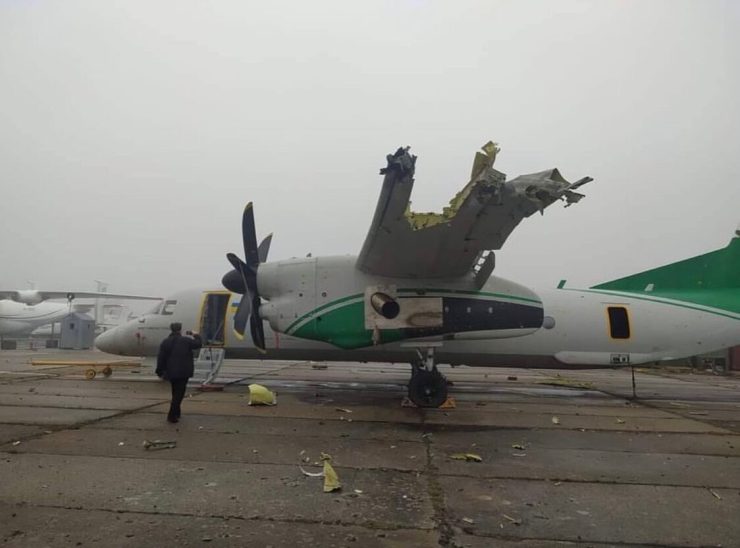 Pictures have emerged showing that the Antonov An-132D, a project that Antonov was working on with Saudi Arabia’s Taqnia Aeronautics has suffered substantial damage in the attacks by Russian Forces on Gostomel Airport. in March 2022. The An-132D was a modernised version of the Antonov An-32 with western avionics, PW150 turboprop engines and Hamilton-Sundstrand auxiliary power unit. There have been conflicting news about the project which was first unveiled in 2016. It appears that due to a change in government priorities in Saudi Arabia the An-132D project was cancelled in 2019.

The Antonov An 225 Mriya is probably the most well-known casualty of the war in Ukraine. However there have been other less glamorous Antonov types which suffered the Russian onslaught including an Antonov An-28 and an Antonov An-12 both belonging to the airline division of the company.