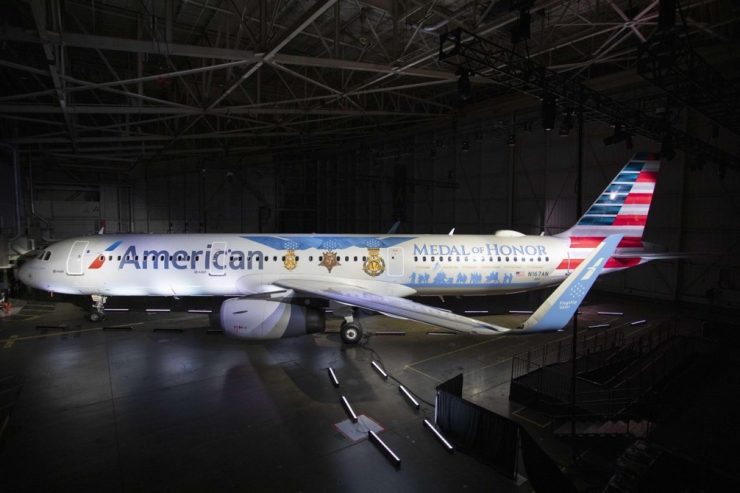 Flagship Valor is a special edition livery launched by American Airlines. It is a tribute to the distinguished recipients of the nation’s highest and most prestigious military decoration, the Medal of Honour.

The new special livery was revealed during a special event held on 26th March 2022 to commemorate the military heroes who distinguished themselves and went beyond their call of duty.