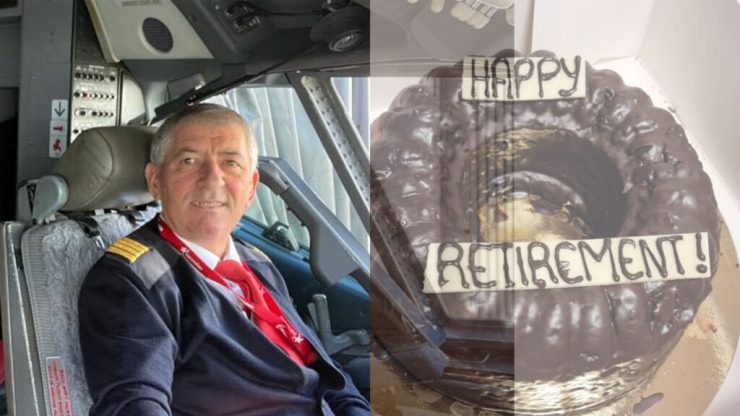 After 45 years in the air Captain Ion Radulescu has retired from commercial flying on 16th February 2022. Captain Radulescu has amassed over 30,000 flight hours having started his career way back in 1977 with the Romanian Air Force. The flying ace forms part of a very elite group of pilots who can proudly boast to have flown both Russian and Western aircraft types from the left hand seat. As a matter of fact he is rated on 7 different aircraft including two Russian types, the Antonov An-2 as well as the sturdy and once ubiquitous Antonio An-26.

After his stint in the Air Force which lasted 14 years he transitioned to the civil aviation scene in 1991. Captain Radulescu started flying the Dash 8-300 at Romanian DAC Air before moving to Egyptian carrier ORCA which at the time was known to have one of the most elaborate colour schemes ever seen on a Dash 8-300.

The talented aviator has always been held in high esteem by friends and colleagues alike. In the cockpit he is known to have a very humble and unpretentious approach. While discussing his flying career his eyes gleamed when Augsburg Airways was mentioned. He had words of praise for the management at the German regional carrier for their above average management skills and how they steered the company to make it a very successful venture.

In 2002, he made a quantum leap in technology when he joined Italian airline MyAir on the Airbus A320. Captain Radulescu praised the single aisle aircraft from Toulouse and has fond memories of his time at MyAir. In 2019, he joined Corendon Airlines Europe on the Boeing 737NG from where he retired. When asked to describe his qualities he refrained from listing any insisting it should be others to judge him. For those who had the pleasure of sharing the cockpit with him IRA is simply a true gentleman. Enjoy your retirement Captain IRA!

There is little doubt that of the aircraft that Captain Radulescu flew the Airbus A320 was by far his biggest love. He is seen here while in the employ of now defunct Italian carrier MyAir.