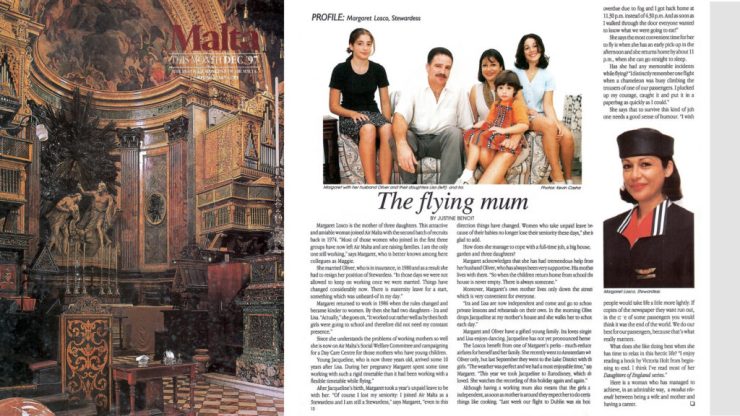 Margaret Losco joined Air Malta in 1974. Her name is intrinsically associated with that of Air Malta. She was affectionately known as “Maggie” by some of KM’s frequent flyers as well as by her close friends. Her daughters have all made a name for themselves with Lisa being an Airbus A320 rated pilot, while Ira and Jacqui are extremely popular in the show business scene.

MAviO News has unearthed this interview which dates back to 1997. Special thanks to Captain Charles Maniscalco for his help in retrieving this article which appeared in Malta this Month more than 22 years ago.