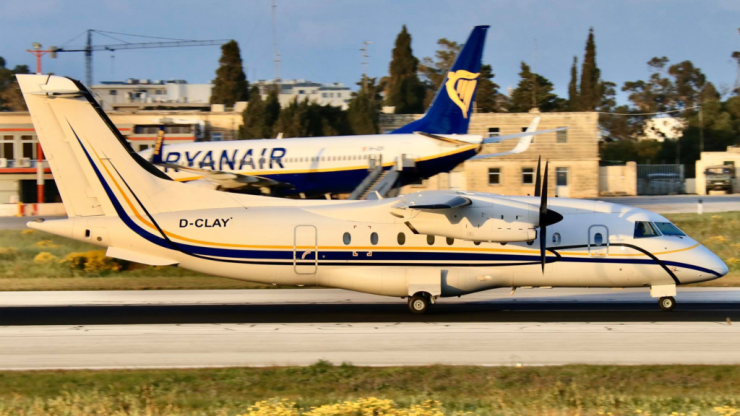 MAviO is reliably informed that a promise of sale has been signed between the owners of the Dornier 328-100 which was managed by Medavia and German charter specialist Private Wings. 9H-AET was owned by German conglomerate Wintershall, which had a multitude of interests in Libya, but was unable to continue trading in the North African country due to the persistent instability.

The graceful Dornier 328 will return to its natural home, where it was first registered before moving under Maltese jurisdiction. The aircraft was originally delivered to the owner over 21 years ago and started plying routes for the now defunct italian air carrier Gandalf Airlines. The three original owners of Gandalf were big fans of the Lord of the Rings trilogy and thus they named their airline after the fictional character forming  part of the Istari order.

Private Wings has ten Dornier 328s in its fleet, 8 turboprop models and 2 jets. 9H-AET will be a welcome addition to the private charter and air ambulance specialist.