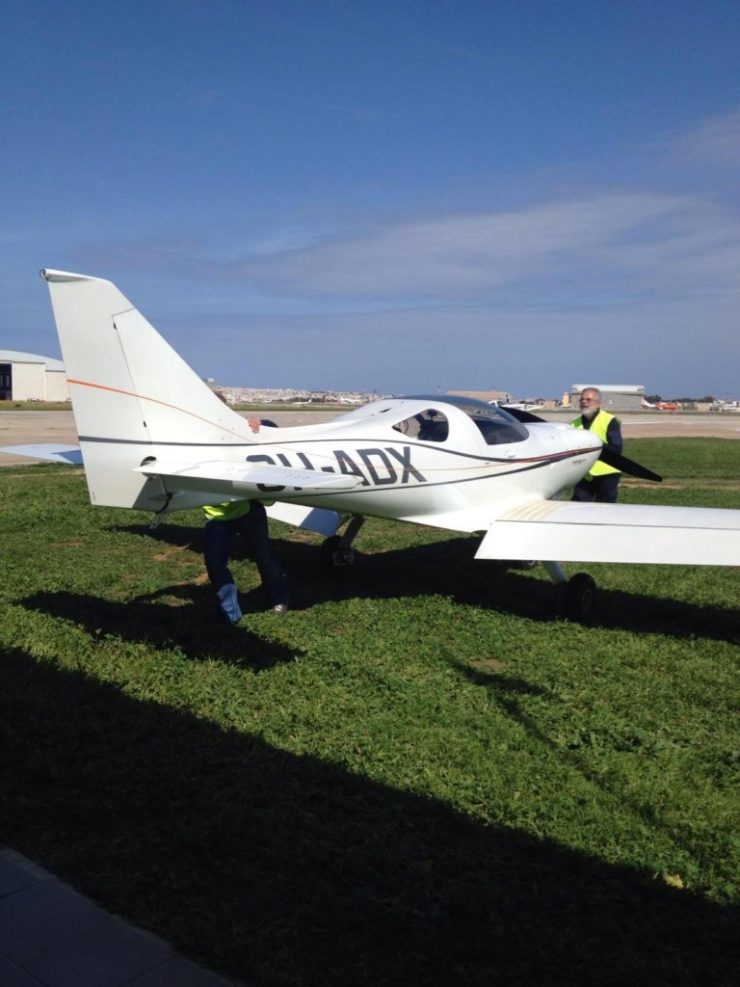 Today history was made when the first ever aircraft designed and built in Malta embarked on its first flight. The aircraft is the labour of love of Reno Psaila who painstakingly built the RP-Kestrel. The aircraft registered as 9H-ADX took off from runway 13 at 13:53LT and returned back on the reciprocal runway 31 at 13:57LT

It is not clear yet, whether the flight was intended to be this short, although a quick chat with Reno Psaila confirmed that rate of climb was not as good as expected so the test pilot opted to do a 180. The design team is now investigating the cause of this unexpected performance deficiency. Psaila has confirmed with MAviO that the landing was good and the aircraft returned to the hangar safely. We look forward to see this aircraft back in the air soon. Today’s flight will go down in the annals of history as it sets two important firsts. The first ever aircraft designed and built in Malta to take to the air ! Well done to Reno Psaila and his team!