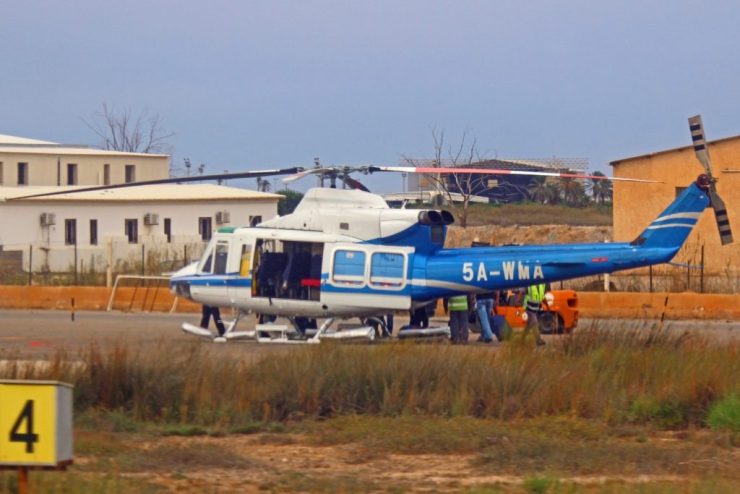 Minister Konrad Mizzi was quoted by the Maltese national TV station, saying that as things stand there are three operators interested in flying into Mitiga from the heart of the Mediterranean. The Minister’s revelations have created a flurry of interest and local aviation circles are abuzz with speculation trying to identify the potential three airlines besides the usual suspects. Those wishing to travel to Mitiga, can presently do so, by booking charter flights with either of  two Maltese travel agencies that act  as a “paper airline” and charter  Medavia as a capacity provider. For Planit Travel and FCm Travel Solutions this is brisk business. Most of the flights are operated by a Beech 1900D. On other occasions, when there is a sudden upsurge in demand, the Dash 8-100 9H-AEW is flown on the route. It is worth noting that for a time, besides the aforementioned travel agencies, there was a third travel agency, which was also operating on the route, chartering the same Medavia aircraft, but the latter has since pulled out.

Besides Air Malta who else is interested in plying the Malta-Libya route ? Air Malta’s interest is understandable and as Minister Mizzi pointed out, the business community has long been begging for a reliable air service, due to the massive investment that the Maltese business community has  in the Maghreb country. Air Malta has always had an important presence in Libya and for a time it even operated the route to Benghazi, before deciding to pull the plug on both routes in July 2014, when the security situation was deemed hostile. All Libyan airlines are currently blacklisted and thus cannot operate to Europe, due to the lack of oversight by the Libyan CAA. Besides flying domestically, most Libyan airlines fly to neighbouring Tunisia, Egypt and Turkey. All of them are keen to expand and Malta is in their line of sight. Libyan Airlines still has a presence in Valletta and its office is kept open on a regular basis, yet there have been no flights operating on a scheduled basis for well over three years. Libyan Wings, when still headed by Edgardo Badiali had also shown interest in the route.

Interestingly, one of the companies that have shown above average interest  in operating the Malta route, has been Afriqiyah. It even set up a Maltese subsidiary in 2016 called PanAfriqiyah and put former Air Malta CEO and Lufthansa Technik boss Louis Giordimaina at the helm. Despite all the efforts PanAfriqiyah has not managed to secure a Maltese AOC. Another new incumbent which might ruffle feathers, could be Global Aviation. This new Libyan outfit, was only involved in the cargo sector up till recently, but it has now taken delivery of the first of three ERJ145 regional jets, and could therefore be potentially very interested in the route. Despite the present instability, a new airline is being launched in the coming months. This is Brnieq Fly (www.bfly.ly), although it is not clear yet what the route structure will be. More interstingly, the Libyan Civil Aviation Authority has also granted the first AOC to a rotor wing outfit. The company is Al Maha Aviation and it appears to be working closely with Gulf Helicopters as our exclusive pictures reveal.

MAviO is also reliably informed that there are a number of Maltese  AOC holders, besides Air Malta and Medavia, that are keen to enter this very restricted and highly regulated  but lucrative market, as currently there exists no Open Skies agreement between the EU and Libya . The only two Maghreb countries known  to have signed an Open Skies agreement with the EU, are Morocco and Tunisia.