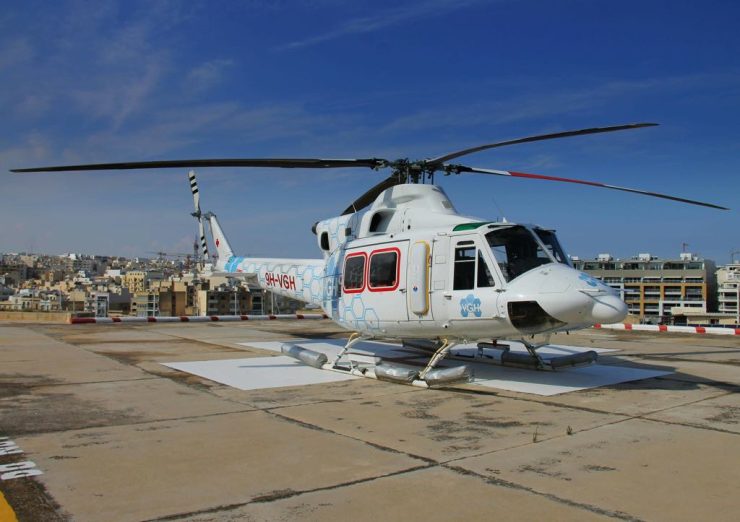 Two doctors who flagged a helicopter incident at the centre of a case involving the death of a Gozitan patient last August have been transferred, MaltaToday has learnt.

The first transfer involves the head of emergency medicine, who reported the malfunctioning of the helicopter back in August.

The second transfer involves a doctor who passed on the medical report of the deceased to relatives after clearance was obtained from her superiors.

Steward Healthcare, the American outfit that runs the Gozo General Hosiptal, has insisted it was the two doctors themselves who asked to be transferred.

The Gozo hospital was at the centre of controversy last summer when a patient could not be transferred to Malta for emergency treatment after the helicopter operated by Steward Healthcare malfunctioned.

The patient eventually died with Nationalist Party MP Chris Said claiming the death could have been avoided had the helicopter service been operational.

An internal ministerial inquiry rejected the claim, despite medical documents leaked to the press showing a written note indicating that the helicopter was not functioning when the patient transfer was requested by doctors.

But now, the two doctors who had flagged the August incidence no longer work at the Gozo hospital.

A spokesman for Steward said that since the doctors were on the government payroll, they were transferred to another government department. She did not elaborate.

Meanwhile, in another incident that mirrors that which happened last August, sources said a Gozitan cardiac patient was not transferred to Malta by helicopter despite this being requested by the doctors.

The helicopter operated by Steward was not operational because of scheduled maintenance and despite an agreement with the Armed Forces of Malta to provide emergency backup, no call was placed with the AFM.

Asked about this incident, the Steward spokesperson insisted there was no need for the patient to be transferred to Malta.

“There is a protocol. The protocol stated that it would be better for the patient to be stabilised before he is transferred. He was taken to Mater Dei the following morning without the need for a helicopter,” she said.

Steward confirmed that the helicopter operated by the company was undergoing maintenance and in its place, the Armed Forces of Malta (AFM) was providing backup.

The AFM told MaltaToday that they had not received a request for a patient to be transferred to Malta from Gozo.

“The AFM helicopter service that operates in the event of the Gozo helicopter being unavailable only functions in cases of emergency—risk of death, loss of blood, and similar situations,” an army spokesperson said.

The situation at the Gozo hospital has medical staff worried with sources telling MaltaToday that they are surreptitiously telling Gozitan patients to see to their medical needs at Mater Dei.

“The situation has worsened and most Gozitan specialists are not even working from the Gozo hospital or seriously reducing their hours,” the sources said. Steward Healthcare took over the concession to run three State hospitals earlier this year after the previous operator, VGH, failed to live up to contractual obligations.

Steward operate several hospitals in the US and were billed as “the real deal” by Health Minister Chris Fearne. In Gozo, the company is bound to build a state of the art general hospital and a medical school to be used by Barts.

The US company receives a handsome handout from the government for the provision of beds at the three facilities that form part of the concession agreement. The company also receives €1 million per year for the operation of the Gozo medical helicopter service. Medical staff remain on the government payroll.