F-16 display with a Maltese connection 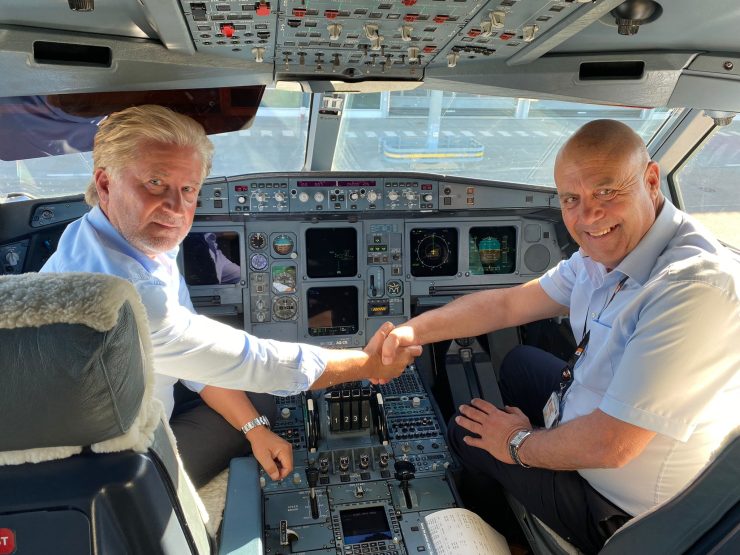 Portuguese/Maltese operator HiFly were asked to join the FAP for a display from Beja Air Base as part of their 70th anniversary celebrations. The display with the massive Airbus A340 was planned in minute detail and had to be approved by TM-CAD, given that the aircraft to be used was registered on the island as 9H-TQZ. Taking care of the whole oversight was Captain John Galea who has had a stellar career at the Maltese national airline before moving to pastures new. Captain Galea spent more than 33 years at Air Malta before retiring in February 2013. After retirement he flew in diverse parts of the world including Libya and the Far East however one of his most fascinating stints must have surely been his sojourn with little known Lao Airlines flying their Airbus A320s out of Vientiane. The company has a striking livery with the frangipani flower adorning its tail. Today, he is one of the most senior Flight Operation Inspectors at the Civil Aviation Directorate having joined the entity in 2015.

Over the years, Captain John Galea has built an excellent relationship with Commander Carlos Mirpuri who together with his family is the driving force behind HiFly.. Mirpuri acknowledges that Captain Galea played a pivotal role in the whole display sequence, from planning stage to its execution on the day. Hours were spent in the simulator to make sure safety margins are respected and the display is entertaining to all those watching from the ground.

After taking-off from 01L the massive Airbus A340 performed a solo display which included maximum performance climbs, steep turns, and slow flight among others. The capabilities of the behemoth airliner left all those present for the event in complete awe. The second part of the display saw two high-speed passes in formation with two F-16A fighters from the Portuguese Air Force skimming over the runway at over 600 km/h.

As duly noted, Captain Galea’s work in making this display a success was recognised by Carlos Mirpuri himself , as well as Captains Antonios Efthymiou and Peter Holemans who were both on the flightdeck during the two performances given on the 2nd and 3rd of July 2022. While his work with HiFly is very much in the public eye, little has been said about how this talented TRI/TRE has helped a number of fellow pilots who lost their jobs during the pandemic, keep current by not charging a dime for his services.