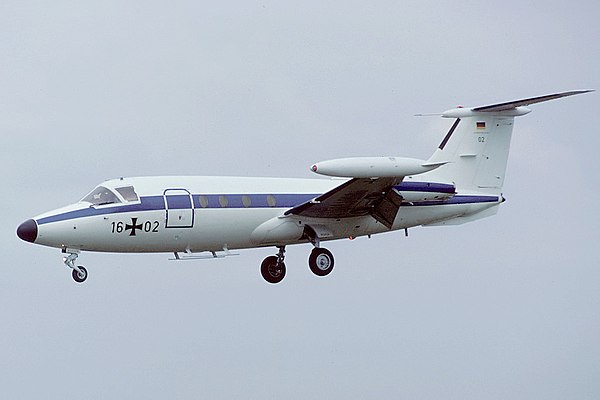 The HFB 320 Hansa Jet was a ten-seat business jet that was manufactured by Hamburger Flugzeugbau between 1964 and 1973. The forward-swept wing was a distinctive feature of the Hansa Jet. Only a mere 47 were built with the aircraft having a top speed of 900km/h.

Historically only two airlines put the 10-seat Hansa Jet in service., One of them was Modern Air Transport that inducted the HFB 320 on its Tegel – Saarbrucken route. Today the latter mentioned airport can be best described as the Victorville of Germany with many Q400 and Dornier 328s in open storage at the airfield.