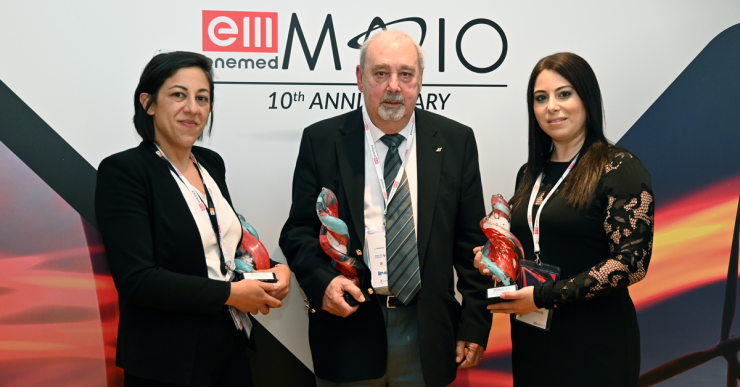 Lt Col Joseph Smith was presented with the Lifetime Achievement Award by Minister for Transport, Infrastructure and Capital Projects Aaron Farrugia at the 10th anniversary awards held at Salini Resort on Monday 2nd May. Lt Col Smith was rated on 5 different helicopters during his career spanning from 1971 to 1998. He started on the Bell 47G and ended his pilot days at the controls of the mighty Agusta Bell AB212.

The Leader of the Year Award was won by Rachel Grech who is the Head of Personnel Licensing at Transport Malta – Civil Aviation Directorate. Rachel has come in for a lot of praise from countless individuals who had to deal with the laborious process of either converting or upgrading their license.

The Aviator of the Year Award went to Malta MedAir’s Airbus A320 First Officer Trevor Zammit. Trevor is also a Flight Examiner and Instructor. On 1st November 2021, FI Trevor Zammit distinguished himself by performing a textbook emergency landing at Malta International Airport after encountering problems with the starboard main gear of the Piper Seneca he was flying. The award was collected on his behalf by his wife Claire Zammit Xuereb as Trevor is currently flying out of Antalya.