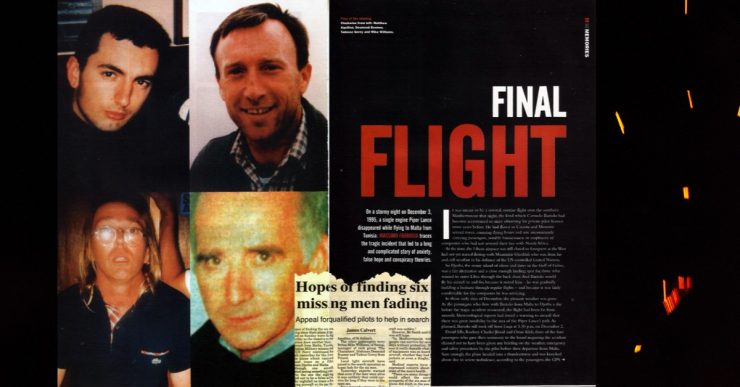 The disppearance of a Maltese-registered Piper Lance way back in December 1995 remains one of the biggest mysteries in Maltese aviation circles. Ex-Times of Malta journalist Massimo Farrugia published this excellent article in M magazine some years ago,. MAviO News delved deep into its archives to unearth this excellent piece of investigative journalism about the tragedy involving the single-engine piston aircraft.

The journalist gave a very detailed chronological list of events of how the flight unfolded, including precise times when pilot Carmelo Bartolo at the controls of 9H-ABU was in radio contact with Djerba. According to the Tunisian authorities, Bartolo decided to take off despite being warned of the adverse weather conditions that night. The aircraft left in the early hours of December 3 and was expected in Malta at 06:30am.