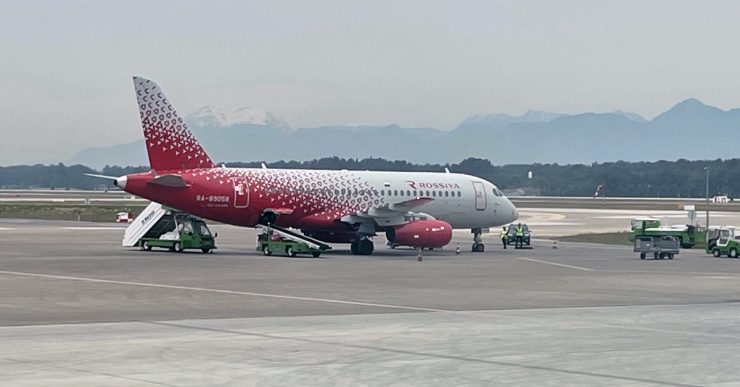 Anyone flying to airports around Turkey these days must have noticed that the Russian Superjet 100 has become a far more familiar site. Azimuth is flying to Istanbul regularly with its SSJ100s. It appears that as a result of sanctions the SSJ100, has been given a new lease of life and may well prove to be a lifeline for the Russian civil aviation sector crippled by sanctions and lack of access to OEM parts.

MAviO News has met up with ex-Cityjet crews who flew the SSJ100. All had words of praise for the aircraft despite the huge struggles the Irish ACMI provider endured with support. It has been revealed to us that despatch reliability improved dramatically once UAC sent Russian engineers on the spot to rectify embryonic gremlins which were afflicting the aircraft. By the time these were sent the Russian ”baby-bus” had already acquired an abysmal reputation which some might argue is not entirely justified. It appears UAC acted a little too late to keep such an important high-profile Western customer happy with the SSJ100. Cityjet was forced to go back flying CRJ900 on certain contracts including the one with Brussels Airlines which was terminated earlier.

Will the current conflict lead to an SSJ100 renaissance ? A few days ago UAC revealed it was intensifying the development of a Russianized SSJ100, which has been dubbed Superjet-NEW. This is understandable but the perennial question remains. Will the current conflict also reignite the development of the SSJ100SV which was known as the SSJ130NG until 2016. Until late 2017, SCAC was working on the project and ready to offer the aircraft to potential buyers at both Le Bourget and MAKS. The aircraft was supposed to have a range of 3700km and a take-off weight of 55tons. If the conflict is prolonged an SSJ100SV could be an unlikely saviour in such dire times for the Russian civil aviation scene.