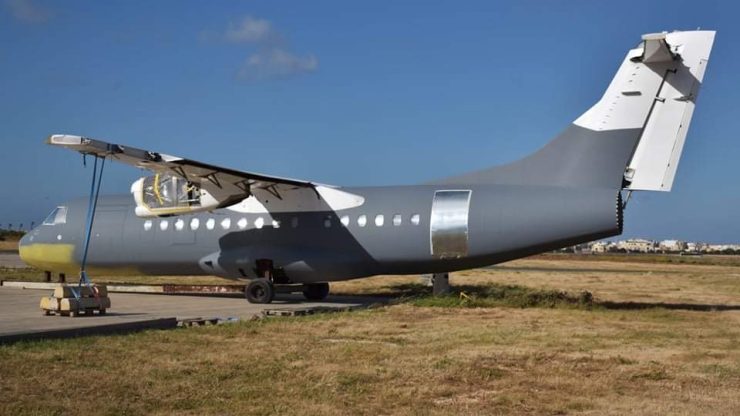 This ATR 42-500 was photographed on 7th April 2022 by well known spotter Mario Caruana. The aircraft is a well known airframe having rolled off the production line in 1997 and initially delivered to then regional carrier Eurowings as D-BMMM before movng to the UK register as G-ISLF.

It appears that the aircraft might now have ended up as an instructional airframe for future aircraft mechanics and spray painters. One of our roving correspondents managed to photograph the aircraft on the Medavia Technics ramp in October 2018 while operated by Blue Islands which had a franchise agreement with flybe until the latter collapsed.