Another 737NG for Corendon 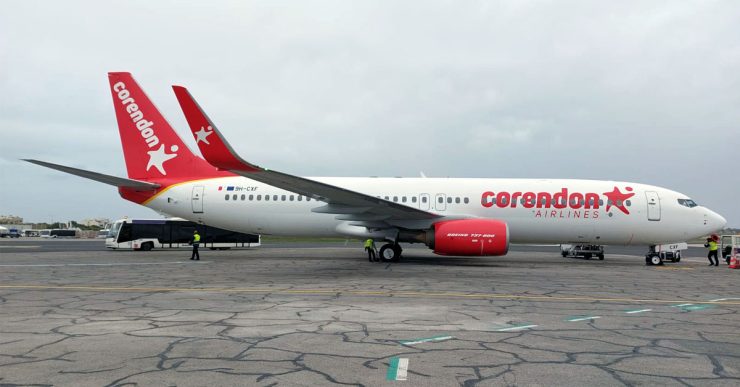 Corendon Airlines Europe has added yet another Boeing 737NG to its ever expanding fleet which should see it reaching 15 aircraft by summer. The latest addition is an ex-FlyDubai example which was registered 9H-FEL way back in 2014. After 8 years at the Middle Easter carrier the aircraft has found a new home at Corendon Airlines Europe and it now sports the registration 9H-CXF.

The aircraft made a brief stop in Malta under the command of Captain Guillermo De Bartolome. It underwent the usual import procedures under the watchful eyes of the authorities as well as the Corendon Airlines senior management team based on the island.