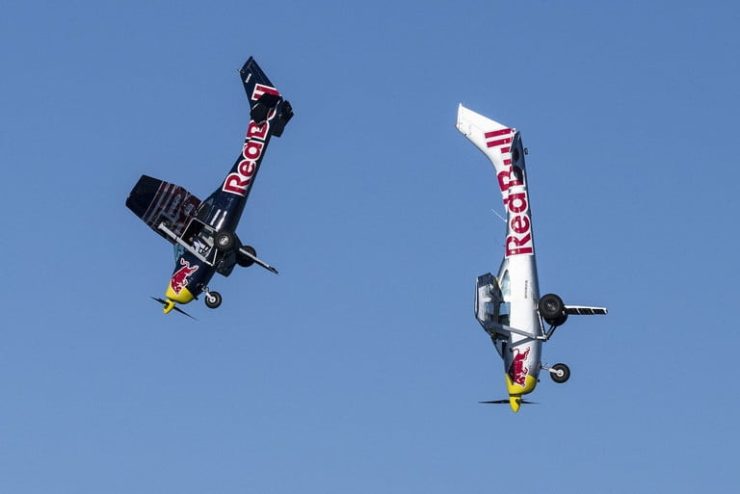 For many, the thought of jumping out of an aircraft will make knees shake and palms sweat. But for Red Bull pilots Luke Aikins and his cousin Andy Farrington, it is just another death-defying day at the office.

The two pilots are preparing to make history next month as they jump out of one aircraft thousands of feet off the ground and into another in the never-before-attempted Plane Swap.

On Sunday, April 24, you can catch the stunt exclusively on Hulu during a three-hour livestream.

The pilots will each fly their own specially modified 1964 Cessna 182 up to 14,000 feet in the skies over Arizona where they will then position the aircraft into a vertical nosedive before jumping out and attempting to reach the other unmanned aircraft as it hurtles towards the ground.

In jumping out of their Cessna 182s, Aikins and Farrington will not only have to hit one another in a Criss-Cross formation but make it to the other aircraft in time to recover.

The daredevils will aim to grab onto the wing strut (the bar that connects the aircraft wing to the fuselage) to pull themselves back into an aircraft.

From there, they will restart the engine, retract the speed brake, and recover the aircraft back into a normal cruising attitude just in time to bring it in for landing.